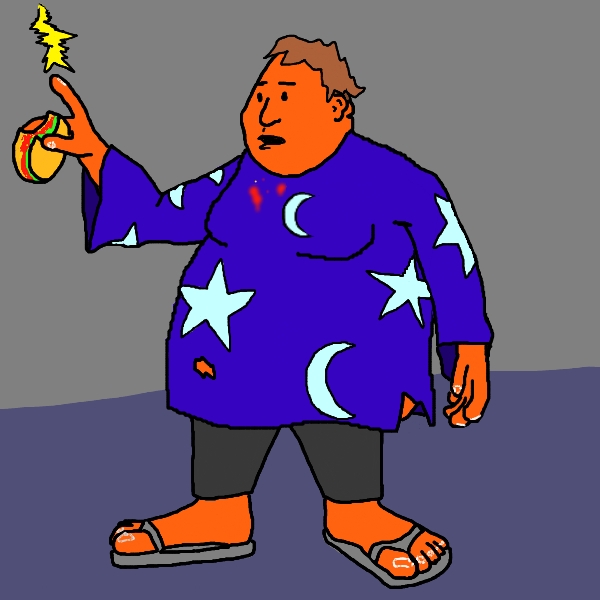 This guy is Paco McZap. He’s a lazy wizard from the Wrong Alternate Universe.

Previously on the Book of PDR:

Back in early 2009 the computer I owned was very virused-up and went and died. A tragedy to be sure, but the part that stings the most is that I had been writing a book and had none of it backed up outside of that computer. While most of the book was meant to be a collection of short stories from back in the Contains2 days it was framed by a sequence starring none other than the gentleman above.

Paco McZap was a young man who was discovered to have great potential as for magic, but as it turned out he was stupid and had a very “when am I ever going to need that” attitude towards his studies so he just became a lazy wretch who used magic to summon pizza delivery men to his tower quicker. I was quite pleased with how my attempt to tell his life story had been going so I am reluctant to try again because I don’t think I’d do it as well, but I’ve not forgotten him altogether. To prove this, I have drawn a picture of him. There you go.