In October of 2005 the Contains2 website brought the world the Phone Guys, a webcomic meant to revolutionize the world. But it failed, sadly. Only nine strips were made before Contains2 died and, well, they were pretty stupid. The punchlines barely qualify as “jokes” and the art is static and crummy. 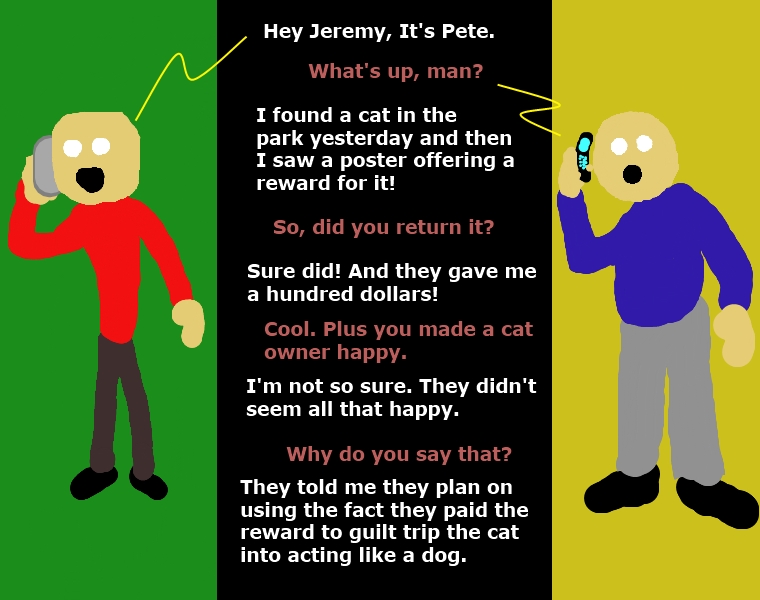 But the punchlines will still barely qualify as jokes.

So anyway, in fulfilling my promise to get a new comic up every Monday, I have spent the last few weeks creating FIFTY-TWO strips for the Phone Guys Call Again. I’ll be using these as my fallback any week that I don’t get something else made. That means even if I don’t get anything else done for a year, I’ve got a year of stupid strips! Now there’s a buffer a PDR can work with.