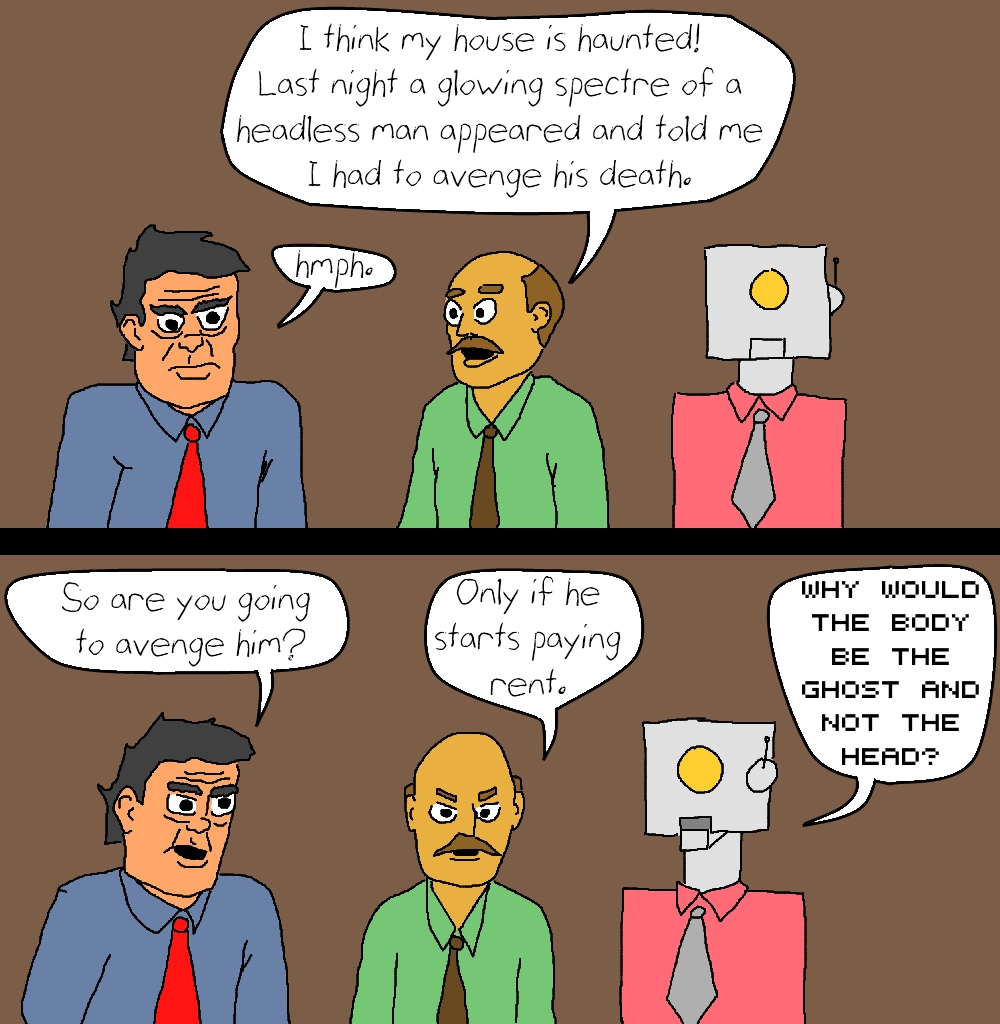 What we have here is an image utilizing some new fonts. The font used by the first two dudes is based on my own handwriting. The robot’s font was made by Marq. I feel a bit more competent using a unique font instead of just sticking with whatever is included with Windows. The font I used for Adventure Dennis worked fine and stuff like the Phone Guys is stupid enough to not merit a decent font, but it always bugged me when making something like Hover Head.

Another plus with this strip is that it is the first time I drew it on paper and then digitally inked using my tablet. On Hover Head I drew it all for the first time with the tablet and it never really looked all that good. If I had cared enough to add a background for this one it would probably be my most professional-looking comic. But hey, it’s just a test run so suck it. I mean, I drew, inked and colored this thing before giving any thought to what it was about, who these characters were or what they were saying. It took hours to think of that dialogue.

Starting next Monday, I think, I plan to make putting up a comic strip a weekly Monday thing. It will hopefully be cool.