I’ll get back to talking about Strondovarians in the future, but they aren’t the only life on Gurx, so we should periodically look elsewhere. The Strondos consider themselves the dominant species on the planet, but there’s also the Bwotel, which is the Strondo word specifically for Gurxian animals (alien animals are called Pwotgedda). The Strondo word for the kind of Bwotel that live in a particular region is “Bwotyax” and the word for the oceans under the Slimelands is Chagheam. So today, we’ll look at: 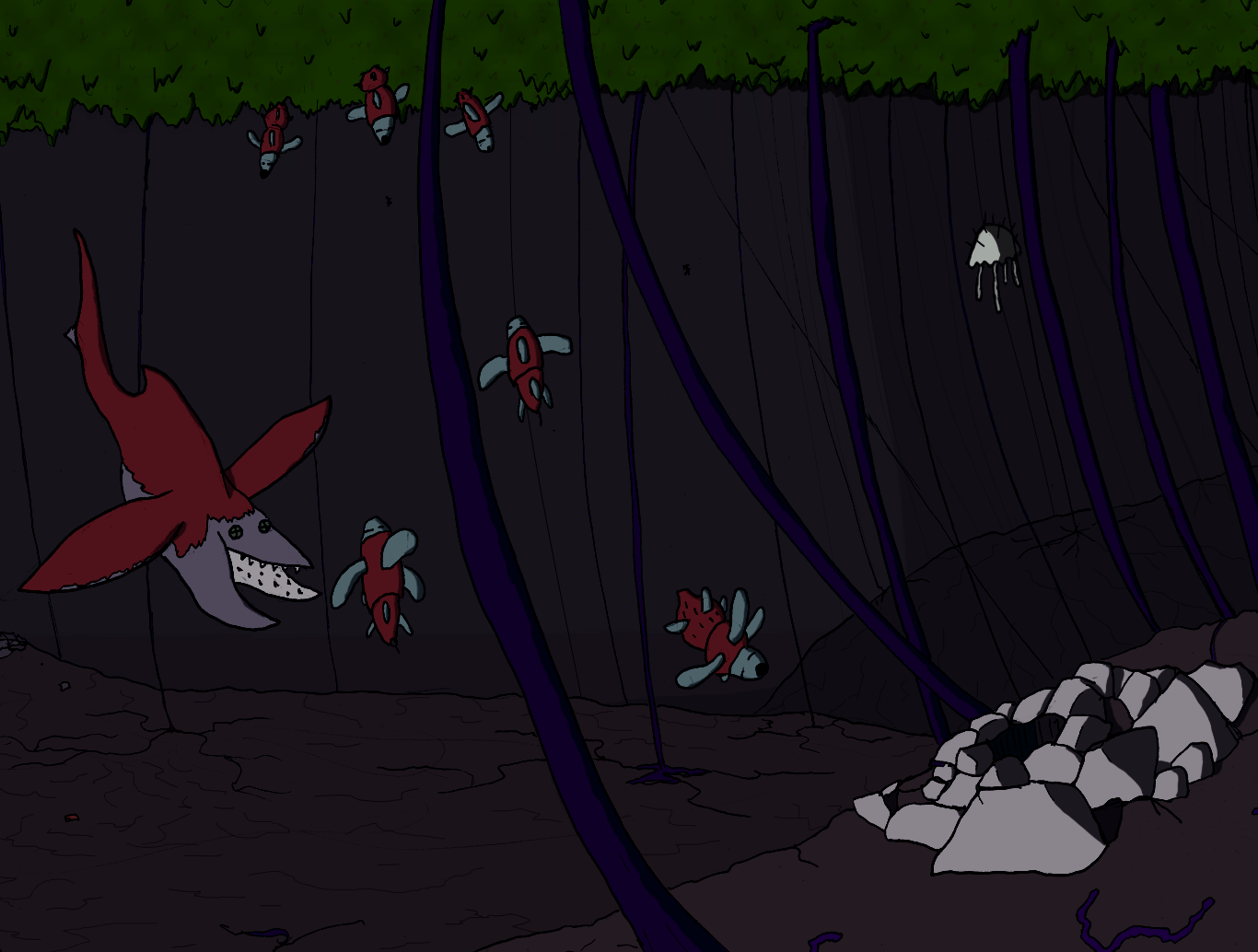 Most of the Chagheam is under a layer of slime so thick that no sunlight reaches it. But along the shores of the slimelands there exist a lot of animals who want to live off the nutrients in the slime. In this scene we have a colony of Twooay sending gatherers out to harvest from the bottom of the surface slime while potential predators swim nearby. 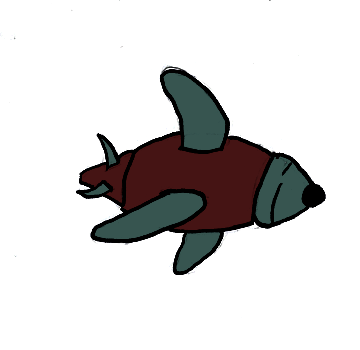 Twooay are an aquatic kind of Vootuph (four-sided animal) that live in tunnels on the ocean floor. They are eusocial creatures that can live in massive colonies. Seen here are members of the gatherer caste, sent out to gather slime and return to the tunnels where it is stored and used to feed the colony. Their mouth is in their backside, on the opposite side of their four-segmented eye, so when they reverse up to the slime to take some into their mouths, they can keep watch for predators. There are also worker Twooay, that dig the tunnels and place rocks near the entrances to help protect them and will come out to fight when the colony is threatened. And, of course, there is the parent caste, who exist to be taken care of while they reproduce.
Ubeelih 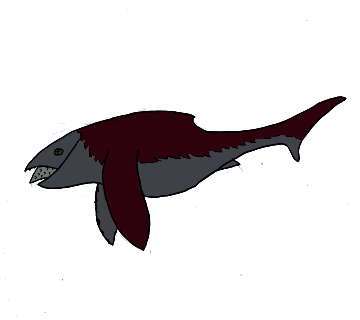 Ubeelih are an example of Lapaouger (six-limbed animal) that did not evolve to live on land, but instead to become aquatic killing machines. Their lower limbs have fused into a streamlined fin, and their top limbs into grasping appendages that can grab prey and hold them in place while the Ubeelih feasts. As with most of the creatures on Gurx, the Ubeelih have no teeth, but they do have inward facing barbs that can make it very difficult for prey to escape once grasped. Solitary animals, there are a lot of types of Ubeelih across the oceans of Gurx. The one in this image is a juvenile from a species that stays close to the slime shores and preys on the life that come there for easy meals, such as Twooay.
Loyoloy 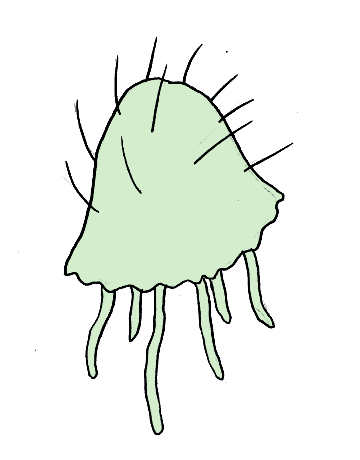 In the scene above, a Loyoloy can be seen moving through the strands of Haara, plants that grow from the sea floor up into the slimelands on the surface. As we move inland from the shore of the slimelands, Haara get more dense, but here there is room enough for a large Loyoloy to float about freely. A creature similar to what we call jellyfish on Earth, Loyoloy get extremely large as they age, so while they can excel in the darkness of the Chagheam while they’re young, they eventually get too big to easily move through Haara, so they come out to the shore.