And now we’ll take another look at some of the animals one could find on planet Gurx. 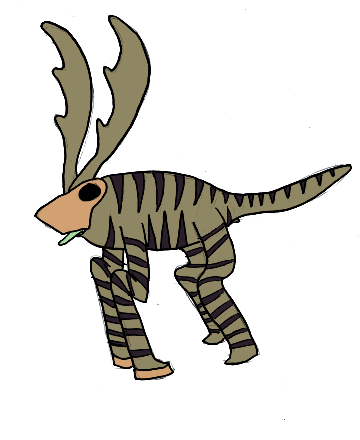 The Abpeaoulee graze in the tundra lands. Their top limbs, having evolved into an antler-like shape, are often used in fighting one another to establish standing in their herds, but instead of using them to fend off predators, they tend to tuck them down down along their back to become more aerodynamic as they flees. They are some of the fastest runners on Gurx. 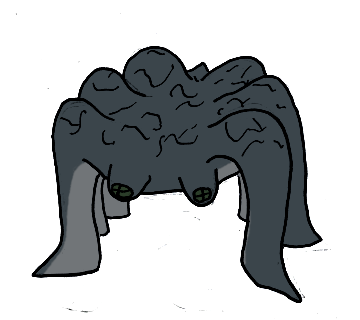 Bottom-feeding Lapaouger, Eenag are adapted for living at the bottom of the oceans of Gurx, eating whatever they can find down there. Perhaps the most notable thing about them is the fact that they are considered the most-recently discovered and catalogued “Oaheem” (Roughly translating to “large animal” in differentiating them from plants or microscopic animals) on Gurx, the scientist who discovered them being still alive. 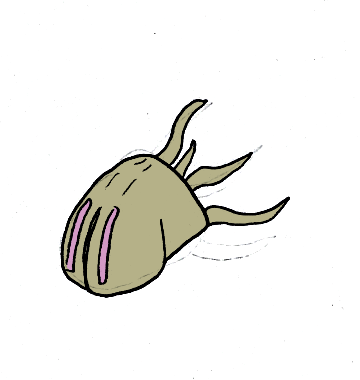 With a name that is meant to evoke the idea of a biting tattoo, the Gloyantib are a tiny relative of the Loyoloy. They dwell in the water until some larger, preferably land-dwelling, creature happens to swim into their reach, at which point they grab on and hitch a ride. Once their in the air, they feed off the blood of their host. 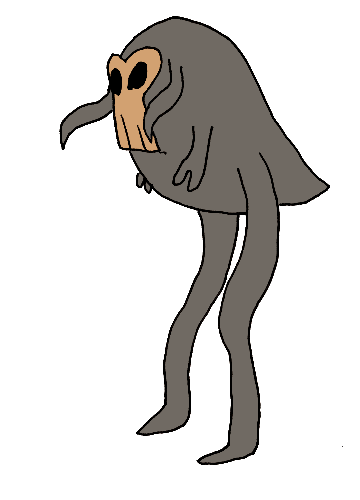 The dominant predator in the tundra regions is a Aehubar species that lives and hunts in packs. Their top limbs are adapted for grasping their prey, allowing them to hang on until the victim tires itself out. They may not be able to run down an Abpeaoulee, but Okloat are extremely intelligent animals, capable of tracking and flanking the animals they hunt. Larger relatives of the Okloat once hunted Varians during the Neboosidih, and though those ones were wiped out, modern Strondos are still not overly fond of Okloat and will kill them if they come too near cities. 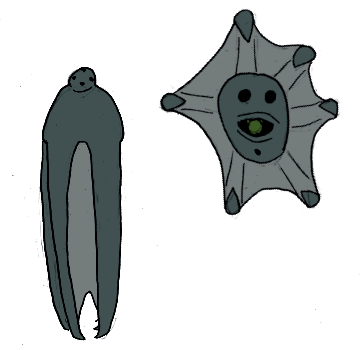 Related to the Stepao, Phollop are smaller than their cousins and spend a lot more time living in the water. They do leap out so they can glide down on prey swimming near the surface. Unlike Stepao, the Phollop have no particular reputation as an ill-omen in Strondo culture, but they do consider them annoying beasts who hang around cities near the ocean. 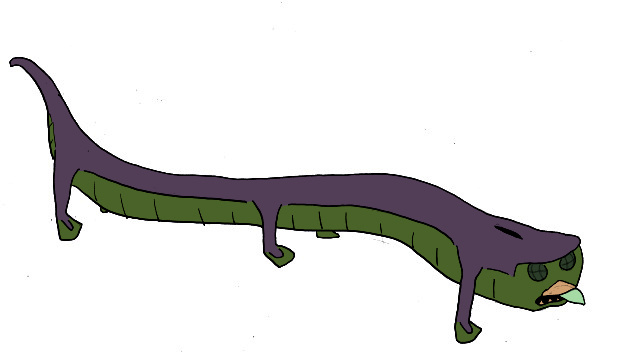 The forest-dwelling Aigreeloa are long creatures that swiftly move about and scoop up plantlike food while they run about. Anything resembling teeth are rare on Gurx, usually food is dismantled by the Rel while being held within the mouth cavity, but Aigreeloa have something toothlike. Bony protrusions along the bottom of their mouths help to quickly sever the plant matter from its roots, allowing the Aigreeloa to keep on the move. 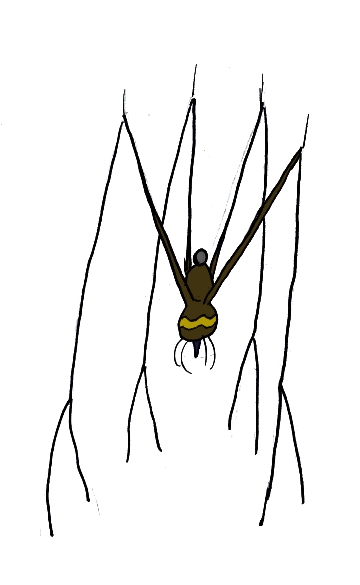 A little kind of Vootuph, only about three centimetres in size but with a highly potent venom. They act as ambush predators, hanging out in tall grass, usually near water, until they get a chance to sting small animals that come nearby. They can only eat so much of an animal’s corpse though, so they often share with others of their kind. They are not a particularly social species, but meeting while eating is also when they find a chance to mate. 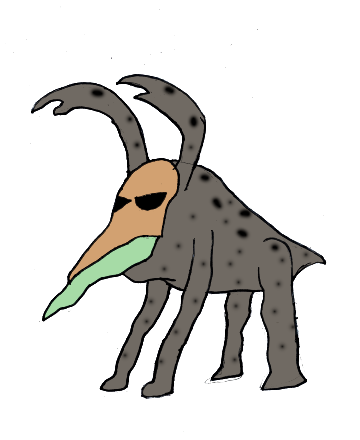 Another species from the tundra, Uttatib are scavengers who don’t directly compete with the Okloat when the hunters have superior numbers, but if Uttatib come across a lone Okloat with a kill, they will certainly drive them away and steal the meal. Otherwise, the Uttatib tend to make do by catching corpses where they can find them.