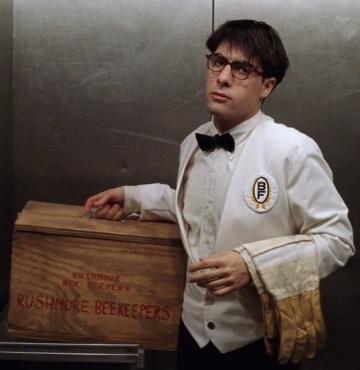 Those who haven’t watched Rushmore in some time may not immediately think of Max Fischer as a Beekeeper, but he was, and it wasn’t a minor thing. Max was the president of the Rushmore Beekeepers club, and Rushmore is a school with a bee on its logo. One thing people definitely will remember is that Max Fischer is a bit of a jerk. That’s the point of the movie, so it gets more focus than the Beekeeper stuff. But they’re both there, and they’re not unrelated.

First, I suppose, I should speak on Max’s good qualities. He’s an enthusiastic young man with a take-charge attitude and natural tendencies toward leadership. He has a wide variety of interests, of which Beekeeping is only one. He’s a talented playwright and is also in clubs for debate and fencing and wrestling and more, many of these clubs he has founded himself. If that seems to lessen the import of his Beekeeping club, I don’t think it’s an issue. One of the pluses of Beekeeping is that it is something worthwhile that someone can do that doesn’t take all their focus, allowing for multi-tasking and multi-disciplinary learning. I know that the movie points out that Max’s interest in these clubs overshadows his performance in school, so you might say, “how can he be learning multi-disciplinarily if he isn’t even passing his classes,” but PDR doesn’t hold our school systems in any sacred regard, so if Max learns better in his clubs, I’m all for it. It’s also worth remembering that I consider skills in combat and adventure a plus for Beekeepers, and while Max may not be especially good in a fight, he has clubs where he learns skills that an adventurer would need. When he is seen in a conflict, we have to note that the bees are one of the first weapons he picks. 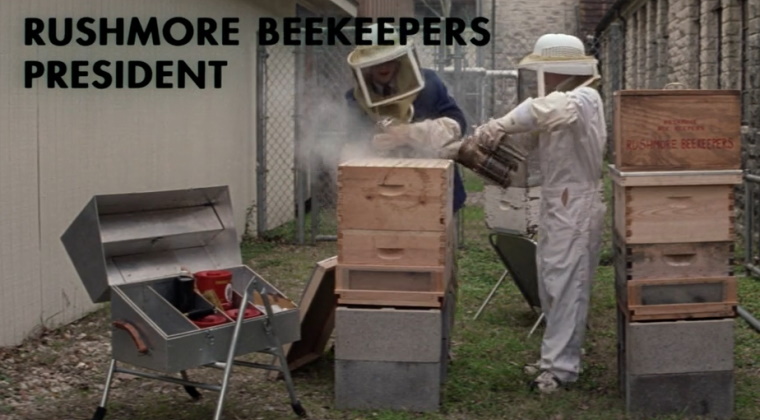 But Max is, by no means, perfect. He begins his tale as a self-absorbed little prick. He’s a liar and a manipulator. He routinely hurts others as he strides toward his own goals. Max is definitely a sufferer of Beekeeper Rage.

It occurred to me while making this review that the real problem with Beekeeper Rage is how often it is motivated by selfishness. By definition, Beekeepers are people who solve problems by building and protecting a community. That community is largely made up of bees, but not solely, nd when a Beekeeper gets too caught up in their own self-importance, it causes problems and hurts the community, bees and others. Note that when Max tries to turn his life around, he does so by mending the breaks he made in his community. That’s what Beekeepers are for.

3 Honeycombs out of Five. Max makes mistakes, but he’s also young, learns some lessons, and has a lot of potential for growth.