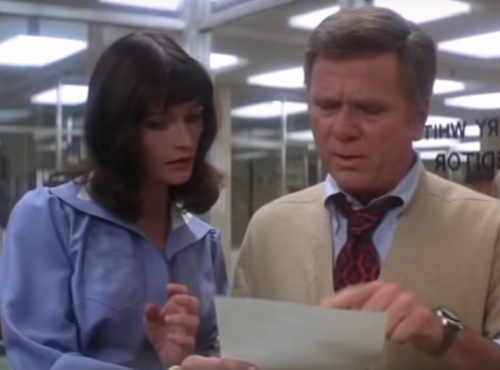 There is a running gag in Superman media that Lois Lane is bad at spelling. It seems to me that the momentum of this gag is 99% referencing Superman: The Movie, which seems to be the first place it came up. In that instance, it was a moment in which Perry White quickly glances over an article that Lois has handed him. “There’s only one ‘p’ in rapist,” Perry says. The scene continues and Jimmy Olsen mutters “Told you one ‘p’.” It’s a little bit, but it’s good. The joke is less that Lois has misspelled the word and more that the article is apparently so dark.

There have been similar scenes crafted where the juxtaposition of macabre article content and a spelling error has been used to amuse. But sometimes, especially in media that are geared more toward younger viewers, the spelling error on its own is enough for the joke. And sometimes, over time, it has come to just be a part of Lois’s characterization, regardless of joke context. She’s just a bad speller. It even comes up in Gwenda Bond’s Lois novels, which are a favourite of mine.

I can’t remember if I’ve mentioned in any other Superman Thoughts post, but I’m currently attempting to get caught up on all the Superman podcasts out there. It’s an exhausting task, but I’m working at it. A couple times people on podcasts have noticed the Lois Spells Bad runner and they’ve said they don’t like it. I don’t want to put words into their mouths, but I think they feel that this is something that makes Lois look dumb. I don’t feel that way. I’ve always thought that Lois is just so passionate about getting her story out, she doesn’t stop to check her spelling. That feels right to me. My ideal Lois Lane is absolutely a person who doesn’t let arbitrary things like rules get between her and the truth.