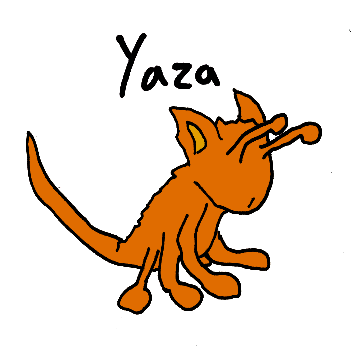 Rudyums are a small species with six limbs, a tail, and two sense organs that grow on stalks from their heads. Their home planet is a ringed world that is frequently in the shadow of five gas giants that come between it and the system’s star. Though the thick atmosphere does retain heat, during the periods of darkness the planet does cool enough that there are multiple miniature winters during the course of a year.

Though the species has not yet made any kind of travel into space, one of their member, Dr. Yelon, has somehow found their way onto the League of Space Doctors. 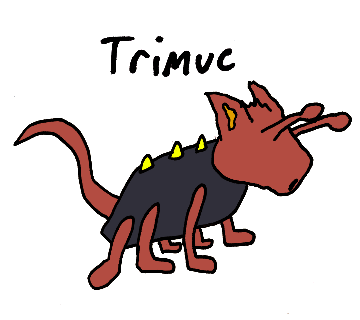 Yaza lives in a valley around the planet’s largest volcano, with the geothermal activity there keeping it one of the warmest places on the planet. The relative ease of life there makes it the most advanced culture of the planet, and Yaza is happy to be there, serving as a storyteller preserving the culture’s oral history.

Trimuc is on the colder continent to the south of Yaza’s, where combat for the scarce resources is more common. Trimuc fights for food and shelter, providing for their family by taking from others. On too many occasions there has not been enough food and family members have died, leaving Trimuc increasingly desperate. 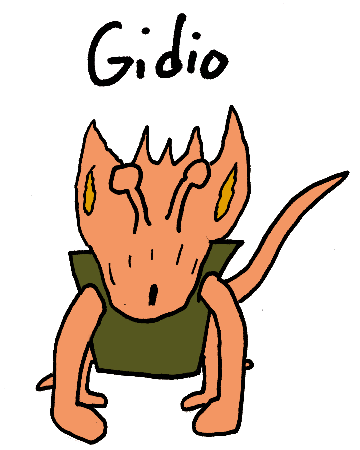 Gidio is a philosopher and teacher who wanders from location to location spreading ideas about how working together the species could accomplish great things. The reaction is almost always that it goes against Rudyum nature to care for anyone beyond immediate family, but Gidio just tries to convince those who say it to see the whole planet as their family.

A Fact About Rudyums: Rudyams are able to put half of their body asleep at a time, keeping the other half awake to be on guard against threats. The only time a Rudyum will go to a full-bodied sleep is when surrounded by family members who are keeping on guard.