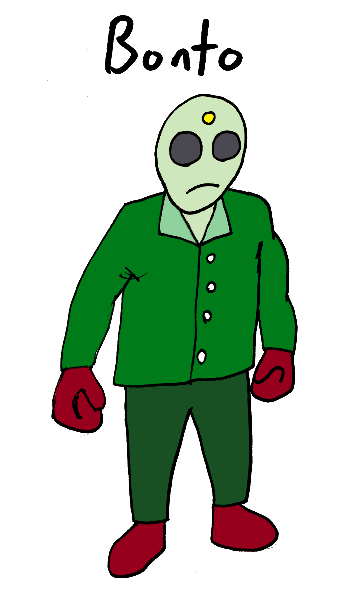 Planet Deltoi is something of a paradox. It is a harsh environment, the kind of place where only the hardiest of life could survive, but it also is a planet teeming with life. Any life that was strong enough to live here also had to be strong enough to survive all the other life that was strong enough. By the time this life evolved into the Deltoids, it had become some of the hardiest life forms in the entire universe. Deltoid society is based entirely on rewarding strength and toughness and now even the average citizen of this world can defy physics by sheer force of will. The ruler of the Deltoi is the incredible Muscle King Grotorr, of course, since nobody else could be tough enough. Grotorr is a just ruler, and in many ways is the only thing keeping the Deltoids from becoming a great destructive force in the universe.

The galaxy that planet Deltoi is in has no other inhabited planets. If there ever were any, they’ve gotten the heck out of there. 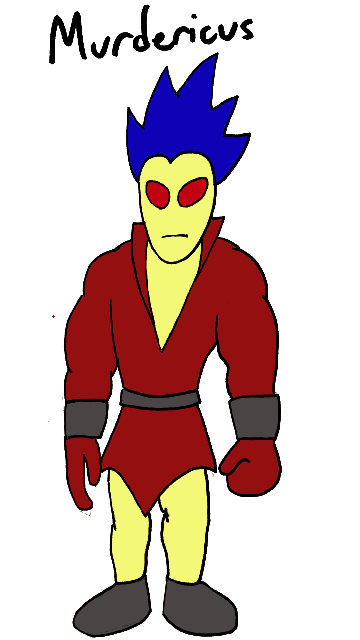 Bonto is not one of the strongest Deltoids by a long shot. Still, being tough isn’t only about brute strength. Bonto may seem like comic relief when he hangs around with his tougher friends, but he has also designed a special martial art that allows him to focus his energies in all sorts of ways. He can deflect projectiles before they come near him, he can send opponents flying away with invisible force waves, and he can focus his energy into a beam that can carve through solid steel like light through air. This sort of energy manipulation does require that Bonto take in a lot of food, though, so his appetite is enormous.

Murdericus is a Deltoid who relishes killing enemies more than anything else in life. No day goes by without Murdericus fighting one of the planet’s aggressive beasts in a fight to the death, and he hasn’t lost yet. But this kind of fighting only sates Murdericus’s bloodlust slightly, and what he really loves is killing other Deltoids, since they’re the worthiest of opponents. Grotorr’s more peaceable policies have minimized the amount of lethal challenging that Deltoids can do to one another, so Murdericus only gets to feel the thrill of the kill on rare occasions, and that isn’t going to be enough forever. It’s pure coincidence that his name includes the English word “murder”, though. In Deltoidese, his name means “Enjoyer of Sunny Days”. 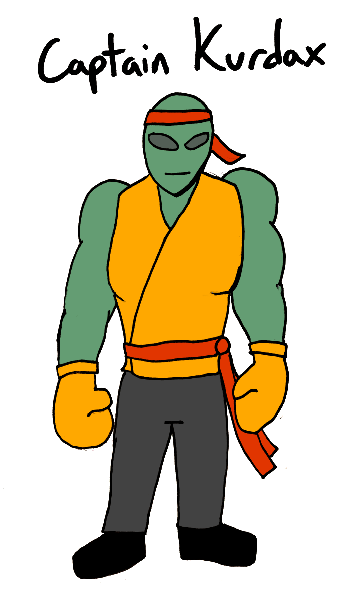 Captain Kurdax is a leader in the Deltoid army, the toughest of the tough. She is fiercely loyal to the traditions that say the strongest must rule, and so she is loyal to Grotorr. If she ever saw a moment of weakness in the Muscleking, Kurdax would not hesitate to challenge and overthrow him, not because she is disloyal, but because she honestly thinks that only the strongest should be allowed to rule. That said, she has never had any reason to doubt Grotorr’s might.

A Fact About Deltoids: Deltoids are powerful enough to escape their planet’s gravity just by jumping into outer space, and they can survive out there for a very long time with no ill effects. It is entirely possible for a Deltoid to leap to some other planet. They still haven’t set up colonies on other worlds, though, because no other planets have ever had challenges enough to keep them entertained.