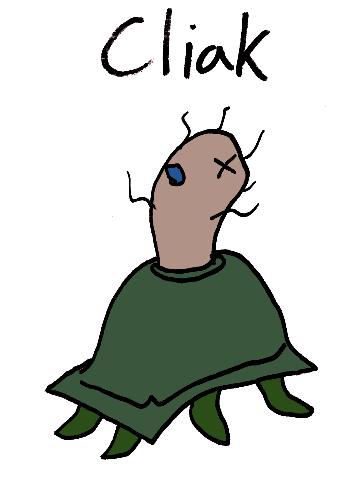 The Vidnizx are a species of small, six-legged shelled creatures that live in a cave system on a moon orbitting a gas giant. The atmosphere of this moon world does not reach the surface, so the Vidnizx have never seen the sky and don’t know of any reality beyond the interior of their caves. Although their moon is almost half the size of the planet Earth, the cave systems are not very large, so there is not a lot of living space for the Vidnizx and the other species native there. The entire population of the Vindizx species has never reached more than a million individuals. They do have exceptionally long lifespans, though, excepting when killed by predators. Even this is rare, though, as Vindnizx are, by far, the smartest beings in the caves. 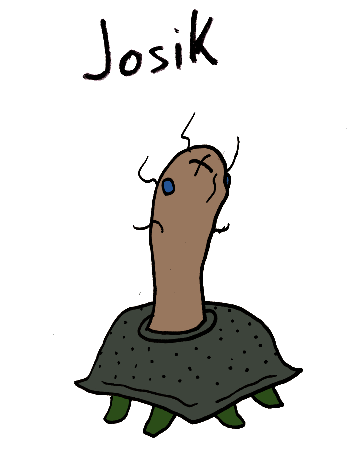 Vindizx and a large portion of the lifeforms in the caves have eyes, though the only source of light is the luminescence given off by the most primitive lifeforms that exist, such as moss-like and worm-like beings that are the bottom of the food chain. Though most Vindizx have never though to question the setup, Cliak has been pondering the nature of light and has even begun experiments in breeding brighter worms. Though, to what end, even she does not know.

Like most Vindizx, Josik is a solitary individual, meeting with others only for protection or to breed. But unlike most, Josik actually suffers from an allergy of sorts that makes her feel ill in the presence of her own kind. Essentially a hermit, Josik dwells in a small cave protected from predators by its proximity to more populated caves, but sufficiently distant that she does not suffer constantly. It can get lonely, but is better than any alternative Josik can think of. 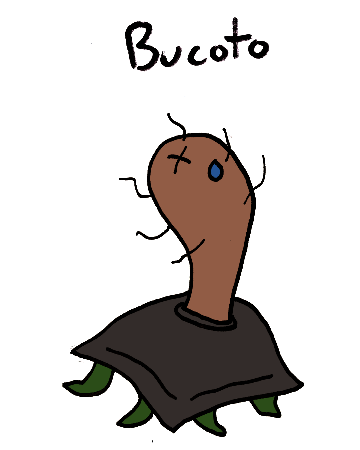 Bucoto is in one of the most dangerous lines of work for the species. She explores the oceans of the Deep Flooded Caves. It is the belief of Bucoto that there could be other cave systems that can only be reached by going through the Deep Flooded Caves and emerging into tunnels that don’t connect anywhere above the water line. There is a known president in written history of caves being cut off from travel by natural disasters. Bucoto has a semi-spiritual belief in a paradise society in some hidden cave that could benefit the rest of the world if found.

A Fact About Vidnizx: When a Vindizx retracts their head into their shell, their mouth will open to expose their sharp teeth, so that any predator that may try to reach inside will get cut up.