In the past I have done Super Sunday profiles for characters who have already turned up somewhere in one of my stories, but who I wanted to flesh out a bit more. I called them Superfluous Sundays and this week I am doing it with aliens: 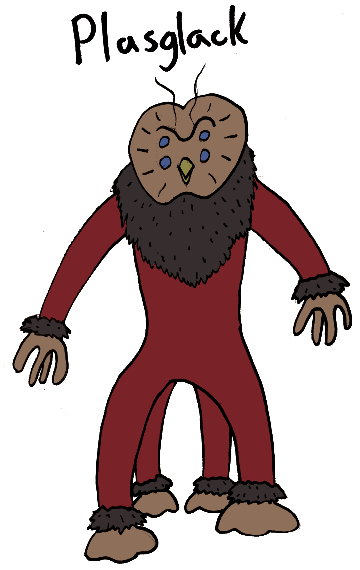 Plasglack was the king of his entire species during the era of Earth’s history that was called the Bronze Age. For the most part, he was a wise and level-headed ruler, taught since birth in the ways of fair governance. But upon taking over the active role as king, he found out about the humans. Man, the humans were jerks. He couldn’t help but want to destroy them. Apart from that one indiscretion, though, Plasglack’s reign was considered a fine one and his descendants rule the world to this day.
Universe: Bronze

I’ve never mentioned it anywhere (because nobody but me cares), but the stories I have written that are set in “the Bronze Age” are actually the history of the Earth in Universe Bronze. This includes “Whence Scabies“, the story in which Plasglack appeared. 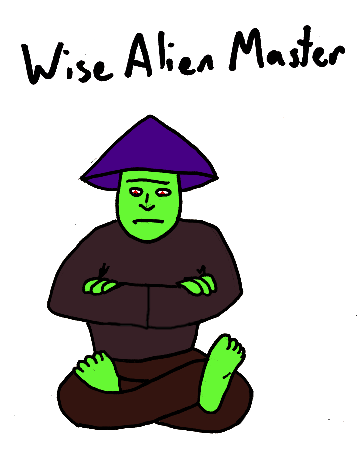 Now known as the Wise Alien Master, Gurbessy Choible was not always so wise. For most of Gurbessy’s life she was a shiftless loser, not good at making herself happy, nor anyone else. It was only after a near-death experience that she devoted herself to meditation and attained inner peace, which she now hopes to spread by teaching others.
Universe: Bronze

The Wise Alien Master was seen in this little comic, but actually first appeared in his less pleasant days playing cards at a bar in this Space Army comic. I’ve also never come right out and said this, but Universe Bronze, which is home to the likes of the Hover Head comics and the Space Army comics. The latter being sci-fi adventures, one might think they are set in the distant future. But no, the Space Army stories take place in the era I made them (the 90s) but are just set in the cosmos while things on Earth is less advanced. There’s a whole reason for this that I hope to get to someday, but we’ll see how that goes. 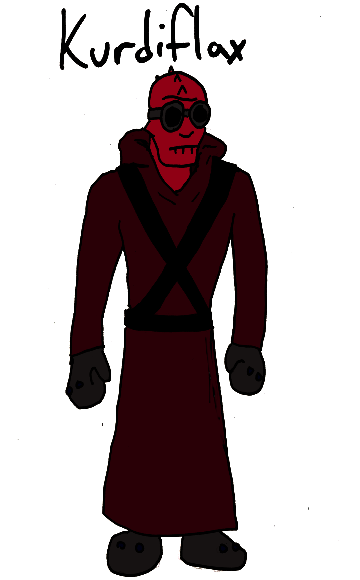 Kurdiflax is a Toborian man who attended Jorbos Nine High School and has since made a name for himself in the Jorbos system as an interplanetary good shipper. It isn’t glamorous work, but it pays the bills and Kurdiflax is happy with that because it gives him the chance to focus on his family.
Universe: Indigo

I dropped Universe Indigo into the list after I did the most recent overview of PDR Universes, but it is not a new one. It is the universe that my character Jhad O’Leary lives in. I had planned (and hopefully still plan) on doing more Jhad stories, but never got beyond “Jhad O’Leary’s Cry For Help“, which is where Kurdiflax appeared. That sci-fi tale actually is set in the future, but all the aliens I’ve introduced to Universe Indigo via Super Sunday are set in the present, therefore existing before that story. It may see confusing, but just remember, nobody but me has to care.