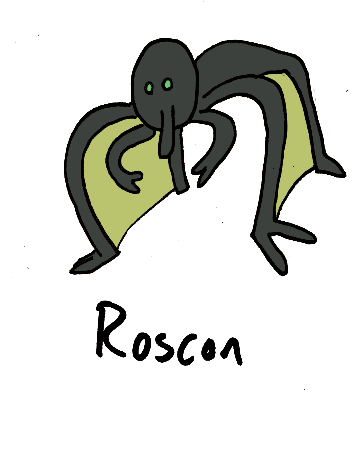 The Pejjits live on a heavily forested world and have adapted to glide from tree to tree. Apart from their big gliding wings, they also have two forearms that are capable of tensing up into a rigid hook shape that allows them to swing from branch to branch. When they aren’t swinging anywhere, those arms, as well as the arms with the gliders, are useful for doing dexterous work like building tools and shelter. The proboscis on their faces is adapted for eating insect-like animals that live on and in the world’s trees. Pejjits live solitary lives only coming together during the mating season, during which they climb back up to the mountaintops where they were born. The rest of the time, they have no permanent residence, preferring to just roam wherever life takes them. 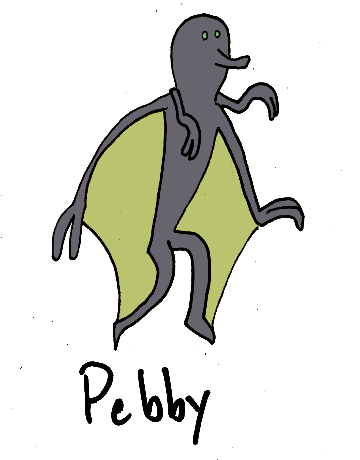 Roscon is something of an adrenaline junkie who enjoys climbing to the tallest trees and jumping off to soar off and stay in the air as long as possible, without a particular destination in mind.

Though Pejjits can usually get enough water by sucking from fruit in the trees, when fruits are scarce they occasionally have to come down to rivers to drink. Pebby is native to a region where the trees grow close to rivers that contain a deadly creature that preys on Pejjits. Though it is rare for one Pejjit to actually witness the predator catching another Prejjit and eating it, but Pebby has, so Pebby knows about the danger in the water. Though as solitary as the rest of the species, Pebby is now devoted to warning others about the predators and learning what there is to know about the monster. 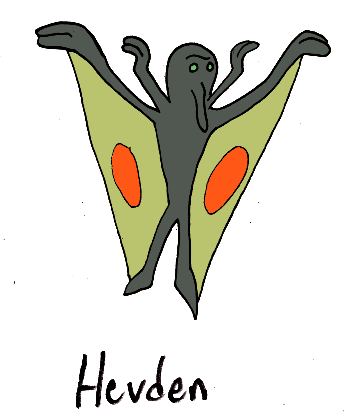 Hevden is a cartographer of sorts, devoted to spending the year exploring, then telling the others the findings during the mating season. While the mapping does include information about things like notable trees that have fallen, it is mostly focused on where the tastiest bugs are swarming these days.

A Fact About Pejjits: The Pejjit homeworld is so near the edge of its galaxy that, while one hemisphere of the sky has many stars, the other is relatively dark. Among the lights visible in that dark half of the sky, however, is the galaxy that is home to such species as the Ugder and the Runk. From here, it seems like nothing more than a bright, blurry dot.