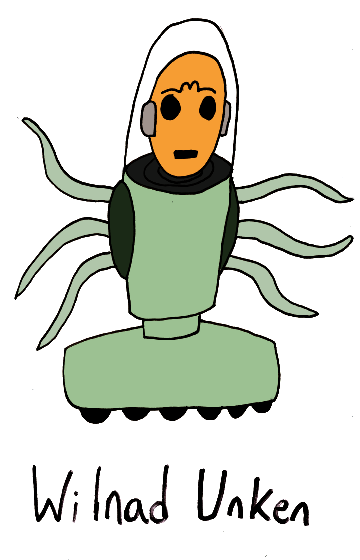 The Runk evolved as a big-headed orange-skinned species on the planet Trolsa. A physical description of what the Runk look like is irrelevant, because Runkish religious tradition states that most of the body is unimportant and can (or even should) be replaced by cybernetic technology that allows for a greater range of abilities. Moments after birth, an infant Runk is modified, and that never stops. It is considered evil to replace ones heart, lungs, brain, bladder or eyes with cybernetic technology (though, adding an additional cybernetic copies of those organs is fine). Though it is not deemed blasphemous, it is considered a faux pas to replace or even cover one’s face. Other than that, everything should be upgraded.

The Runk have reached into space and met other species in their galaxy, such as the Ugder. 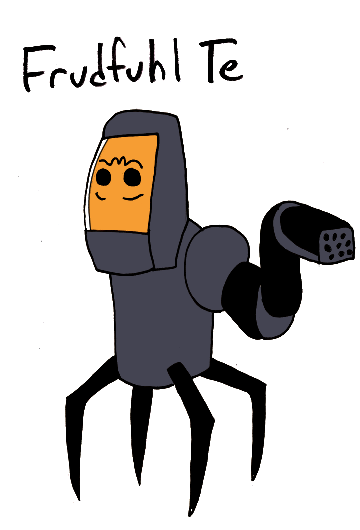 Wilnad Unken lives on the homeworld Trolsa. There are three large nations still on the homeworld, two of which are focused on space travel and trade with alien species. The third nation, however, prefers to stay within the Olkai star system that is their home. Though living on the planet with an ideal atmosphere for the species, Wilnad, like many Runk, lives in a fully contained atmosphere that allows them to maintain their preferred living condition.

Off-world Runk rarely feel the need to gather together into tight-knit communities and generally melt into the other cultures with ease. Frudfuhl Te is such a case, living in the seedy underbelly of a multi-cultural city on the Ugder homeworld. Making a living as a hired thug, Frudfuhl is a menacing machine of death, or at least looks enough like one to make enemies afraid. 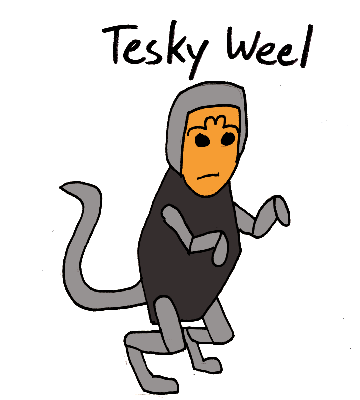 Tesky Weel lives in a monastery called the Runka Zongit on a tiny planet called Remmik which had no native life of its own. The monks of the Runka Zongit are trained in various virtues including kindness, benevolence and having cybernetic tails.

A Fact About the Runk: In general, but especially among those who have colonized other worlds, there is a strong desire among the Runk to creates statues and monuments. Almost every planet they’ve reached will have some sort of monument celebrating their arrival.