I said last time that I have probably developed enough alternate Earths. Standing by that, this year’s Super Sunday theme will be Superior Species Sunday (though I’ll probably just actually call is Alien Sundays, because that’s better). Screw Earth. Let’s see what else my universes have got. Every week I will be fleshing out an alien species. Let us begin: 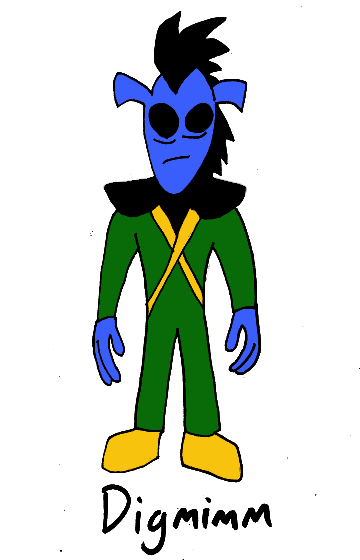 The species known as the Ugder come from a planet also called Ugder. They are a blue-skinned humanoid people with big heads, conical ears, thick black manes, and three fingered hands. Theirs is a cold and wintry world and, while they live there happily, they got off that world pretty quickly. When the Ugder first achieved space flight technology, there was still a continent on their own world which had not been discovered. For nearly two thousand years now, the Ugder have visited and colonized dozens of planets in the systems closest to their home, and met several species of aliens in the process. In most cases, the Ugder are the first alien species those other aliens have ever met, and these meetings are not always beneficial to both parties (the Ugder were especially cruel to the first aliens they met, the Shlafes). In recent years, however, the Ugder have begun to create more peaceful alliances with the aliens they meet, going so far as to try to organize a system of Space Government with representatives from various worlds. 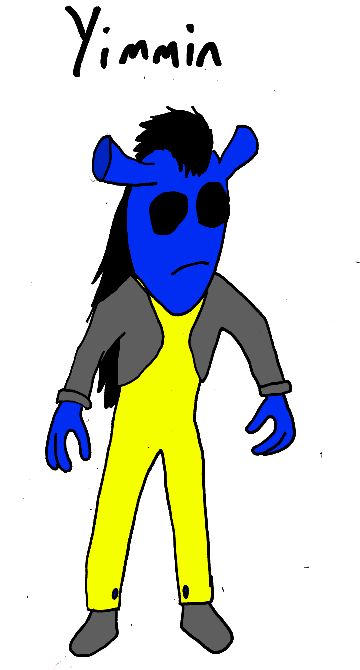 Some representatives of the Ugder people:

Digmimm is a member of the Ugder Shipping Security Force. The Force trains pilots who fly fighter ships that escort Ugder Shipping Convoys through space to protect them from attack by criminals. Digmimm, however, encountered not criminals on her first mission, but first contact with a hostile alien force. She not only survived, but succeeded in driving off the attack with most of the convoy intact. This made her a hero to the Security Force and to the Udger at large, but what she doesn’t is that she has become infamous among that alien species, with her face being used in hateful propaganda as that group prepares for a war against the Ugder.

The planet Yimmin is home to a colony of anarchists that consider themselves apart from the rest of Ugder society. Yimmin the individual was named after this world by his parents, who were among the early colonizers of that world. Yimmin left the planet he was named after as soon as he could find a means to do so. But being from, and named for, a world that the rest of Ugder society considers a home to criminals, Yimmin had trouble finding a place. Ironically, it was this that caused Yimmin to have to turn to a life of crime. Yimmin is now making a living smuggling contraband between worlds. 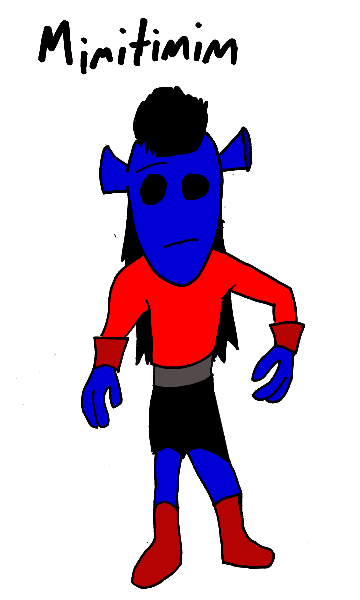 Raised on an Ugder transport ship by his businessman father, Mimitimim found his own life when he became a writer of fiction. His first story, a coming of age tale about a young Ugder who was tortured by his schoolmates, was extremely popular and the young author settled down on planet Ugder becoming something of a celebrity. Settling into a life of parties and wallowing in fame, it took years for him to produce a new story. That second novel, about a farmer who lost his family and his mind during the during a space war, was also widely praised. He became the most celebrated author of his generation. He lived in a large home shared with a literal harem (as scandalous in Ugder culture as it would be in ours). Eventually his third story was finished and released. It was deemed unreadable by critics. Tasting failure and humiliation for the first time, Mimitimim did not react well. He covertly snuck off-world and now dwells on the seventh moon of an obscure world, in isolation.

A Fact About the Ugder: Though I said I was fleshing out the universes in which my alternate Earths take place, I am actually not doing that this week. The Ugder live in a universe unrelated to all those I spoke about last week. This is an alternate timeline that differs from so far back that when the stars and galaxies formed differently, so that the galaxies we know such as the Milky Way were never formed and wholly different ones did. This universe has no Earth or humans at all. If that isn’t a blow to anthropocentricism, I don’t know what is. We’ll call this universe “Narsidon” as it should not be a human word.