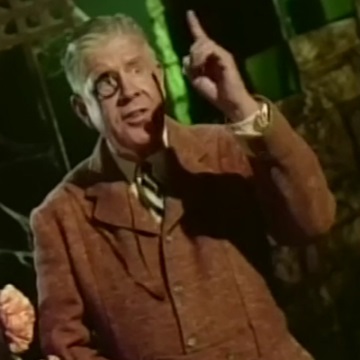 Lord Marmaduke Ffogg is a minor Batman villain who is also a beekeeper. Sounds like a pretty good combination, but unfortunately Ffogg is a bit of a letdown. You see, rather than using beekeeping as the theme of his crimes, Ffogg’s theme is fog. He does, admittedly, make good use of that theme. He lives in a town called “Fogshire” and he’s got a Pipe of Fog that billows forth enough fog to cover his crimes. He’s got exploding pellets than can create a fog that paralyzes people. He’s got a “mind fogging” machine that can mess with people’s minds. Overall, he’s pretty on brand, it’s just not the brand that would get him points in a Beekeeper Review.

And, as Batman villains go, he’s got a sweet set-up. He’s not only got his own henchmen, but his sister and daughter are in on his crimes and use the girls at the “posh girls finishing school” they run as an additional set of henchmen. That’s two henchgroups in this one criminal setup. Pretty good deal. 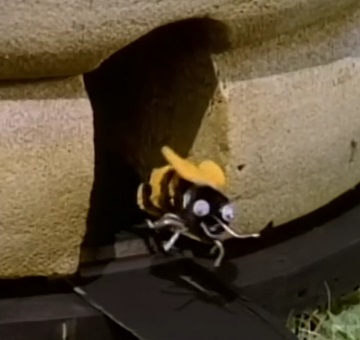 But Ffogg is a beekeeper as well. Though it seems to be a mere hobby for him. He keeps only a single hive, though it is full of African Death Bees (“One sting and you’re finished”). That’s an impressively badass-sounding type of bee, but the closest he gets to using beekeeping as a part his life of crime is to have his hive set up is a trap for those who might be snooping around his estate. When he showed up in the comics based on the show his bees were not even mentioned (also, there he was called “Professor Ffogg”, so perhaps he lost his Lordship).

I have some theories about Ffogg. He’s from “one of the most aristocratic families in the land” and I feel that this was probably a family with some more respectable beekeepers before Marmaduke came along. Devices like the fog pellets and the fog pipe may have been adapted from technology they used for smoke. That theory will never likely be confirmed either way, but if it were true it means that Ffogg is even more disappointing. Sorry, Marmaduke, but you’re not what we’re looking for.

One Honeycomb out of Five.