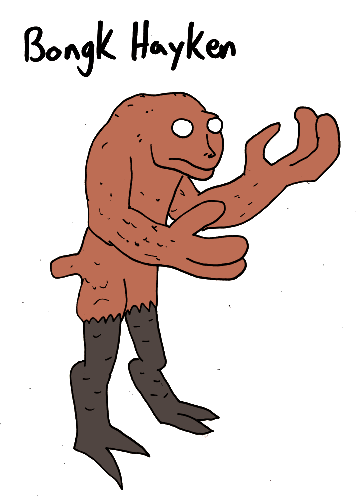 The Shlafes are a powerfully built bipedal race of furry mammal-like creatures. Early Shlafes were nomads who roamed the plains following animals as the seasons changed until eventually a tribe of Shlafes settled near a lake when they took up fishing. There the first Shlafes city grew for centuries and a royal family became its undisputed rulers. As other cities popped up elsewhere on the planet, the first city had a head start and conquered the newcomers, essentially becoming world rulers. There came a time when two twin princes both claimed rule of the city upon the death of their father. The populace was divided and a bloody civil war probably would have broken out if spaceships hadn’t landed in the palace courtyard that day. The Ugder had landed. 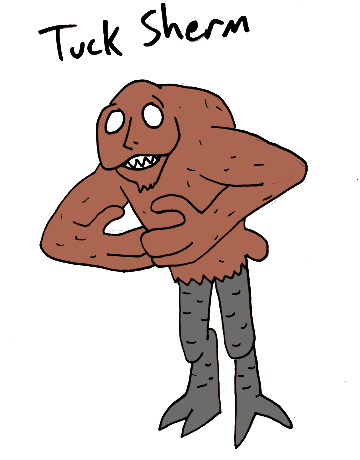 The Shlafes homeworld is in the same star system as the Ugder homeworld. The two species are neighbors. So when the Ugder reached out into space, the Shlafes were the first alien life forms they encountered. It didn’t go well. The more technologically advanced Ugder saw the Shlafes as little more than animals, and treated them as beasts of burden as they colonized the planet. It was an unfortunately bad first contact and only generations of struggle have made things somewhat better, as the Ugder came to realize the Shlafes were intelligent, and now treat them as equals.

Bongk Hayken lives on the Ugder homeworld, which is where his family had been brought as slaves and remained after they were freed. Bongk has a job working in a spaceport, serving food to many different species that visit the planet, which is pretty complex work. 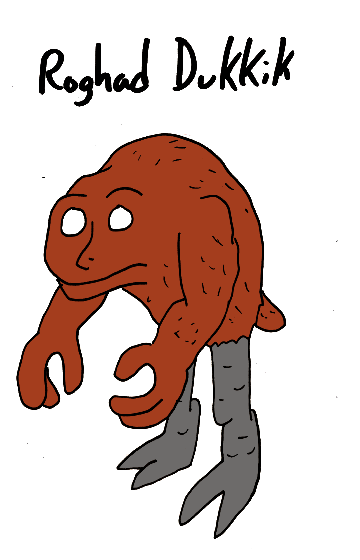 Tuck Sherm lives on the Shlafes homeworld, in the same region his family in which had always resided. Though his ancestors may not have been taken away by the Ugder, that isn’t to say they didn’t suffer. The planet-wide disturbance caused by the arrival of aliens collapsed many of the structures that kept the society running, and this region in particular was left impoverished. Tuck is now an activist trying to improve the state of the region.

Roghad Dukkik is the Bloodking of the Shlafes. When the Ugder derailed the path of Shlafes society, the royal bloodline that ruled for so long was all but forgotten. When it was eventually decided to reestablish the royal government of the Shlafes, genetic testing was done to find any descendants of the original line still existed. One did, and it was Roghad. He is a young, irreverent slacker and he doesn’t even know the history of the royal family. It’ll be a wacky adventure having him as the new ruler of the planet.

A Fact About The Shlafes: Grooming rituals make up an important role in Shlafes society. Though they had no concept of germs or bacteria or anything like that, they naturally came up with many techniques that created a good level of sanitation for their living environments. Comparatively, the Ugder were a mess until they arrived on Shlafes and they learned a lot of from their neighbors that saved many Ugder lives.