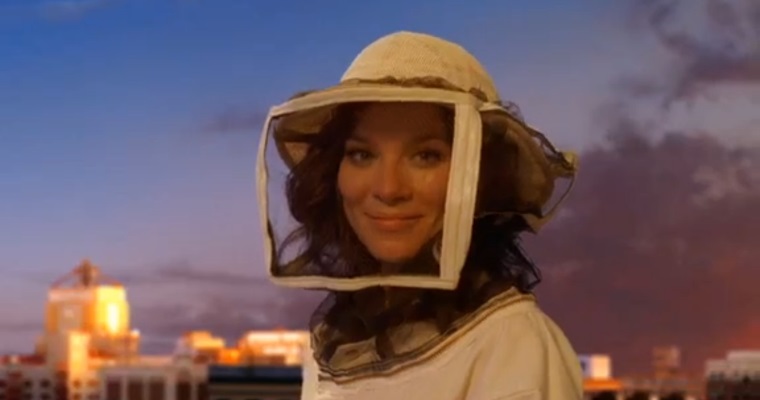 Charlotte “Chuck” Charles appeared in the show “Pushing Daisies”. Unfortunately, she was killed off in the very first episode. Fortunately, this was a show where that doesn’t stop her, for the protagonist, a piemaker named Ned, has the ability to raise the dead with his touch. There are rules about how this works, but those are his deal and this is about Chuck, so let’s focus on her.

The facts are these: When Chuck was young, her father died. Afterward, she was raised by her aunts, who introduced her to beekeeping. After growing up and being murdered, she was resurrected by Ned. Now ‘Alive-Again’ (a term she prefers over undead), Chuck resumes her beekeeping career on a roof in the city (“Operation: Urban Honey Pioneer”). 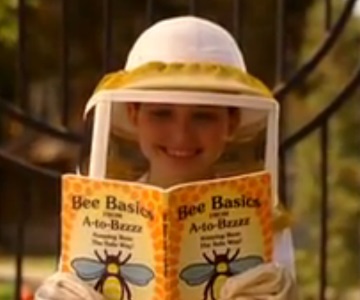 Does she have any powers? Well, she probably won’t age, that counts for something. If I really want to push it, I can say that she has used mood-enhancing drugs while baking pies, which is sort of like being knowledgeable with potions and stuff. She keeps her cool even when being swarmed by bees that aren’t her own, which is good and actually beekeeping-related. More significantly, when her bees are killed by “rogue pesticides” she has Ned reanimate them all, creating a hive full of ageless Alive-Again bees. That’s pretty neat. Finally, she has claimed that the honey that she and the bees make now is the best she’s had, though she admits that most things taste better since her death, so we can’t be too sure. There is no legacy of beekeeping in her family, though. It seems that her aunts simply found an ad for some bees in a magazine and thought it might cheer her up. The aunts seem to have helped out when she was a kid, but this is not one of those cases where a beekeeper comes from a lineage of those in the profession.

Well, what kind of person is she? It is implied that she has some sins in her past that she wants to make up for after her rebirth, but I don’t see the signs of Beekeeper Rage. In her post-death life, she joins Ned and his friends as they solve mysteries. I’ve not covered this before, but I definitely put solving mysteries in the same category as being a badass fighter. Solving mysteries is just fighting crime with your brain’s fists, after all. By the end of the series, she is even adopting a “superhero”-style nickname for herself: “The Alive-Again Avenger”. Sounds like she’s in this for keeps. Alright, so how does she stack up?

Three Honeycombs out of Five. She’s an impressive beekeeper with some supernatural elements, I’ll give her that. But, apart from one episode that made mention of the fact that Egyptians connected bees with death, the supernatural elements have little to do with her being a beekeeper. She’s a reanimated crimefighter who happens to keep bees.