In several universes there has arisen a superhero known as the Beam. As they met one another 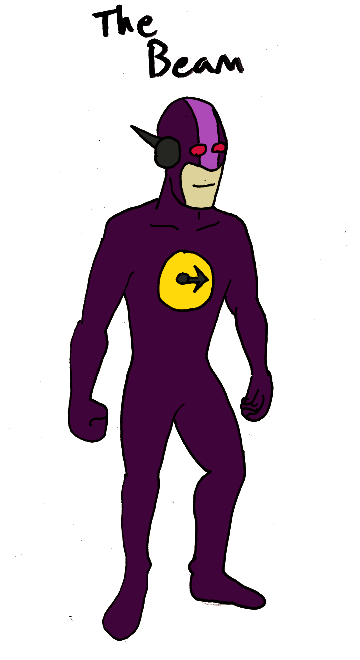 The Beam of Earth Purple

Fukui Yuito was an ordinary young man until he was caught in the blast caused by an exploding time machine that had crashed into his home. The temporal energies caused Yuito to gain superhuman powers: flying and moving at speeds so fast he could barely be seen. As occasionally happens, he decided to become a superhero called the Beam. Like the other Beams, he eventually learned that there were other universes and had adventures in them. But when he came home, things had changed. Due to some time travel event that occurred while he was away, his world was rewritten. People he knew weren’t who he knew, and more importantly, there was another Yuito as well, one still living the life he had before the accident. The Beam’s home was gone, so he left it to the new Yuito and began to wander the multiverse helping those in need and, hopefully, finding a new place for himself.

The Earth that was home to Yuito is the one ravaged by the Time Travel Chaos of the time travel characters I gave you back in August. 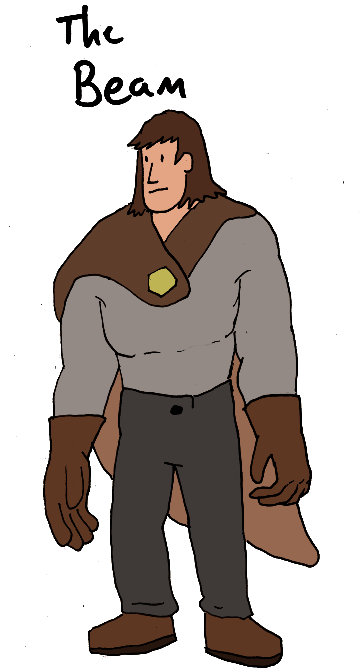 The Beam of Earth Brown

On the island of Islopia, the Wizard King enforces his rule by enchanting his police force with superhuman powers. One of those officers, Klair Getting, was given powers of supernatural speed. In spite of her massive frame, she is the fastest person in her world. She takes her job very seriously, so when the Beams from other strange versions of the Earth arrived in hers, she had no interest in helping them with their adventures until it mattered in some way that effected her jurisdiction. But when it does, she is glad to help out.

Earth Brown is the name for the fantasy world that is also home to the nation of Podd. I like to think that Superpowered Cop from a Fantasy Earth would be sufficiently different from standard superhero fare that it would be an interesting source of conflict.

This is it for the Beams. I’m not going to make more of them here. This world-building exercise that is Super Sunday has resulted in more universes than even I expected, and I wanted a few more Beams to continue filling out their role as the hero archetype in multiple universes. But I also think it would be ridiculous is every one of those universes had a Beam. For now, the only way I’d bother making more of them is if I’m actually making a story in which they appear. There’s a few colors left, but screw those colors for now.