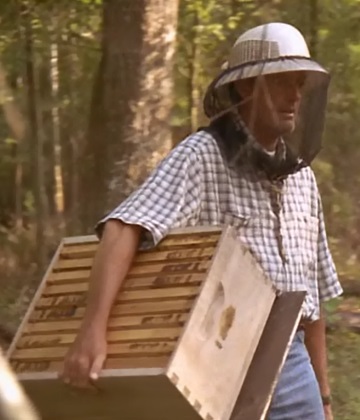 Ulysses Jackson, known as Ulee for short, is a pretty standard beekeeper. Like all the best, he comes from a line of beekeepers (dating back at least to his grandfather). He is just a beekeeper who goes about his business and doesn’t have extraordinary adventures. Most of the time. He is the protagonist of the film Ulee’s Gold.

As of the start of the film, things aren’t going great for Ulee. He’s been working to repair his life after some very bad times, but still things aren’t great. He’s getting old and sore, which makes it hard to do his work. At the beginning of the movie, it is noted that he is working fewer bees than he used to, which means less honey which means less money. Though he does hire part-time assistants, he mostly eschews help as a matter of pride. He’s keeping the business alive, but it is getting harder all the time. His family life is even worse. His son turned out to be a bank robber and wound up in jail. His daughter-in-law has become a junkie and left town. And even after they were recovering from all that, Ulee’s wife died, so now Ulee is raising two granddaughters on his own.

Ulee is not an emotionally healthy person. There’s some PTSD in there. Some Survivor’s Guilt. Many regrets about family stuff. And, naturally, he’s got Beekeeper’s Rage in there too. He’s angry with his son, with his daughter-in-law, with the town Sheriff, with many things. Most of his issues come in the form of trying to avoid showing weakness. He makes his life harder because, as he tells his grand-kids, “we don’t ask outsiders for help”. He tries to do everything on his own, refusing to accept that he can’t. He’s also seems pretty unhappy that his family isn’t likely to keep the business alive, saying “It’s pretty hard work. Most young folks can’t be bothered.” On the upside, he’s got a family dog named “Buckshot” and a truck with a crane for moving hives and stuff. He hasn’t painted it to look like a bee or anything, though. He ought to work on that. 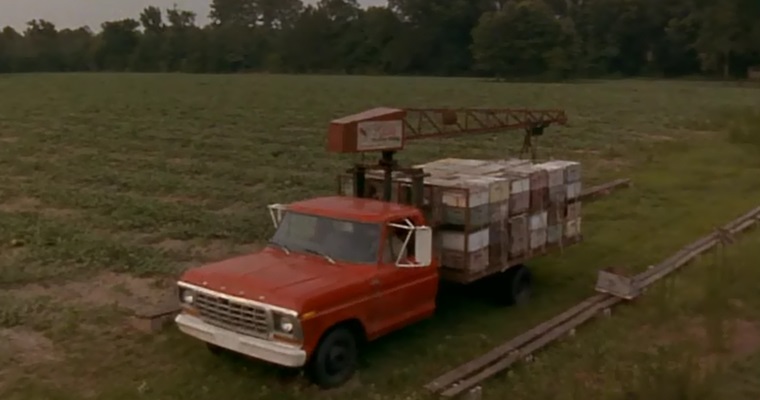 But then, in a “serious drama” movie like this, we aren’t likely to get much in the way of Supernatural Beekeeper Magic, are we? Well, no. But he does note: “The bees and I have an understanding. I take care of them, they take care of me.” And when checking the honeycombs, he does use a smoker, but doesn’t wear gloves. These are minor signs that he has preternatural communication with the bees, but I’ll take what I can get. More significantly though, Ulee is a veteran of the Vietnam war. And it is indicated that his entire unit was killed save Ulee himself. Sounds to me like this Beekeeper can fight.

As the actual plot of the movie unfolds (some of his son’s criminal friends come back to try to find some hidden heist money), Ulee winds up learning that asking for help isn’t a character flaw (in his words “There’s all kinds of weakness in the world. Not all of it is evil. I forget that from time to time.”) and basically everything good that could happen to his family does (the junkie daughter-in-law is brought back and gets cleaned up, the granddaughters get interested in the family business, the son makes peace with Ulee and will probably be out of jail in a year). A happy ending earned by fighting through some tough times, even if it isn’t the punching and kicking kind of fighting.

Three Honeycombs out of Five. I admit I had some doubts about going that high, but then I remembered that’s there’s probably a story in his past about him surviving some real crazy stuff in ‘Nam.