Last week I made a supporting cast for Valia, who is a character I sketched with little thought, but she then caught my imagination and grew. This week, though, I’m doing a cast for a character who came to me fully formed. I knew right from the beginning I wanted to tell the story that involves the Hateful King. 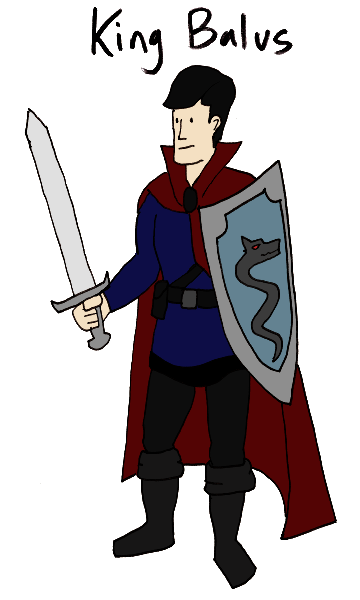 The king of Thrakodacia, Balus is a very good guy. For his entire adult life Balus has ruled his country in politics, but also kept a secret from the rest of the world: his country has been at war with a demonic sorcerer called the Hateful King. Even now, in the Twenty-First Century, Thrakodacia is a scene of swordfights, monsters, flying carpets, and fantastic adventure. But this has been a drain on the good king. He’s getting tired of the battle and wants to end it once and for all, but will this cause a slip-up that could be his undoing?

Balus is unapologetically intended to basically be a Disney prince. He’s generically good and handsome, the perfect opponent for someone as bad as the Hateful King. He’s even got a cute pet bat that is unusually intelligent. 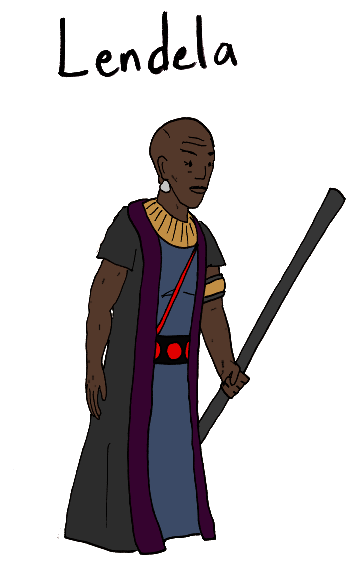 Lendela is the Merlin figure of this story. There’s a period in the evolution of the King Arthur legend during which Merlin was a sort of hybrid between Christianity and paganism that I would try to recreate with her. She’s strongly affiliated with the Orthodox Church of Thrakodacia, but she’s also into some other things that Balus and friends might find very unwholesome. 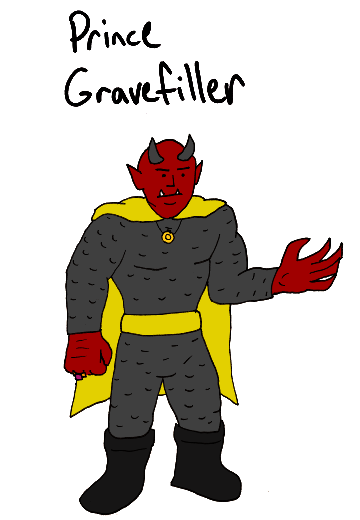 The Hateful King’s ultimate goal, naturally, is world domination. Obviously one person would have a rough time ruling the entire planet, so he wanted to start a family that would rule with him. He married another demon/human hybrid and, though the marriage did not last, it did lead to the birth of one child. Anticipating a great and violent future for his son, the King named him Gravefiller. Though he was not exactly pleased that the boy turned out so small, he never lost his hope that the Prince Gravefiller would be a fierce warrior and trained him endlessly in the ways of battle. As a teenager, the boy ran away from home.

After living in the wilderness for some time, the boy was found by King Balus’s men and brought to live with them. In this new home he found people who cared about him for things other than his potential as a fighter, and as a result, he was much more willing to fight. Joining the good guys in the fight against his father, Gravefiller is a fierce warrior after all.

I drew this guy and it wasn’t until I was coloring him that I realized he was basically a rip-off Etrigan. Oh well. Different skin color and background means it isn’t a ripoff, it’s an coincidental homage. Anyway, Gravefiller has a magic ring that can control fire. 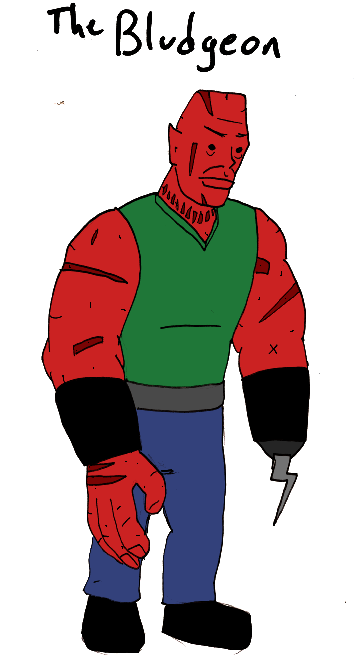 Another red-skinned freak, the seven-foot-tall monster of a man has served the Hateful King for a long time, in a lot of battles, and has the scars to prove it. While the Hateful King is not a weakling by any means, it is right for a king to have soldiers, and the Bludgeon is the strongest and most loyal. The Bludgeon earned his title by surrendering himself fully to the King, becoming more a weapon and a tool than a person. He wants nothing more than to serve.

I have a great many more character ideas for this particular story and I hope to get them on here someday, but for now this will do and we’ll be back to the two characters a week after this, with the next approximate year’s theme.