A recap: A Devil has created a contest in which those who are suffering in his hell can fight for their freedom with magic helicopters. Last week we saw the good guys, this week: the jerks. 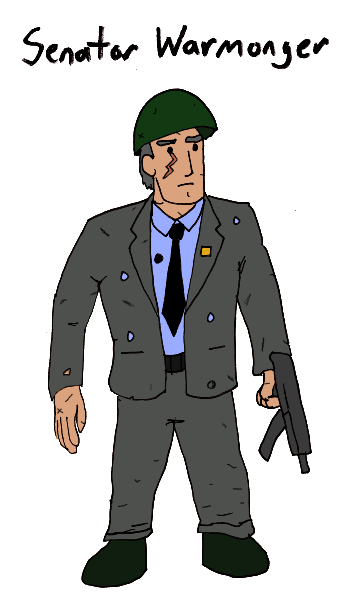 This man’s political career was based around his status as a war hero. But he had not been a good solder, he had been one who gloried in battle and killing. Going into politics hadn’t been his idea, he was not a smart man, and he quickly found himself in over his head. As he became a public figure, the truth about his service was at risk of coming to light, so he did a deal with the Devil to keep the story from breaking. Now, in the Hell of Copters contest, he is provided with a powerful helicopter armed with missiles, guns, rockets, napalm and whatever else the Warmonger can imagine (and he can only imagine war). 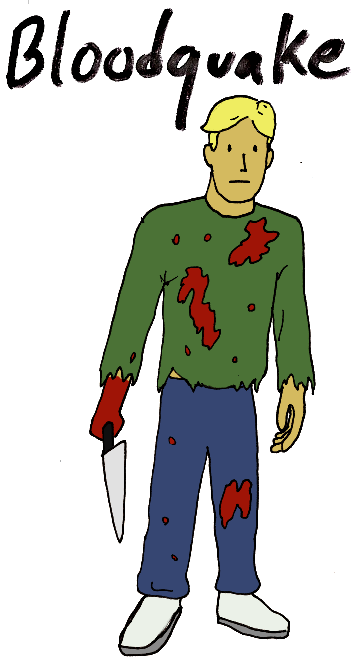 During his life, Bloodquake was a serial killer. As such, he was no great prize for the Devil, his soul is worth little, but nonetheless the Devil enjoyed his work. Bloodquake’s sleek helicopter is outfitted with various blood-related powers (high-pressure blood cannons that knock targets off course and blind them, for example). What’s more, when he causes harm to others he regenerates damage that he has taken. 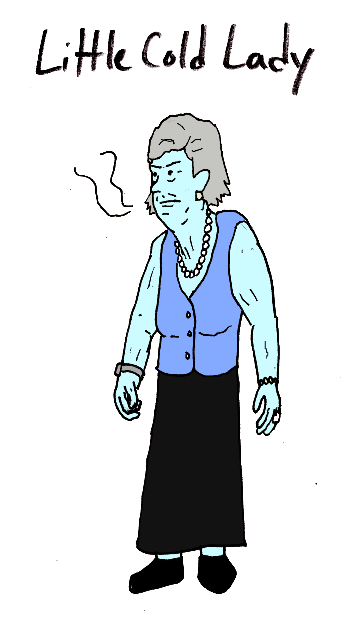 The Little Cold Lady was once a young woman full of life, warmth, and energy. But when she noticed she was aging, she got scared. Selling her soul for youth and beauty, she looked good for the rest of her life. But now she’s dead and she’s old and cold. This is a cruel punishment for the woman, of course, but it does come with ice powers that let her freeze opponents and cause snowstorms and so on. 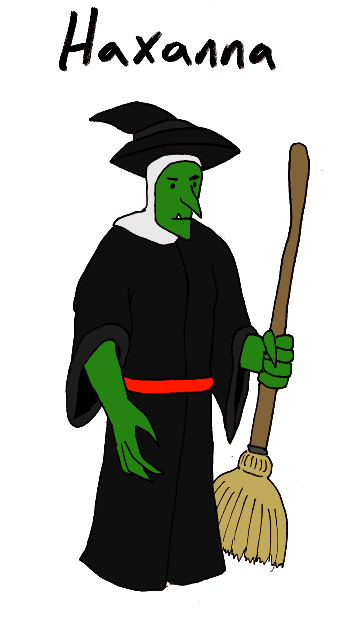 In the days of the witch hunts, many innocent women were persecuted and killed because accusing them of being witches sure allowed some jerks a chance to kill people. Haxanna though was an Actual Witch in service of the Devil. She had nothing to fear from the witch hunts, because she had Actual Witch Powers. Still though, she did die eventually and her service to the Devil meant she wound up in his hell. But now she gets to fight for her freedom with a helicopter and spooky witch powers, including her ghost cat familiar and homing flying broom. 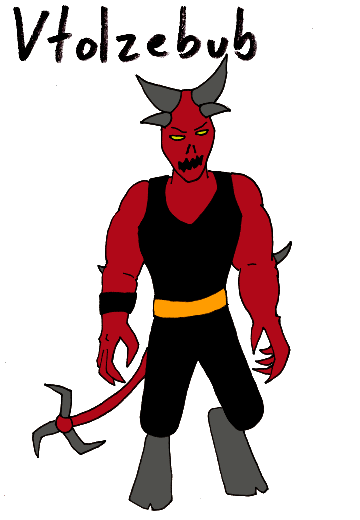 Unlike the rest of the Hell of Copters combatants, Vtolzebub is not a human soul fighting for freedom. He’s the Devil’s own son, desperately trying to win his father’s attention by crashing to contest. Rather than having a magic helicopter, Vtolzebub can actually transform into a fleshy demon helicopter. His shapeshifting powers allow for all kinds of fun attacks, but he can also spit acid and fireballs. General demon stuff.

In case it isn’t clear, I think Hell of Copters should be a video game. Somebody give me a ton of money to make this.