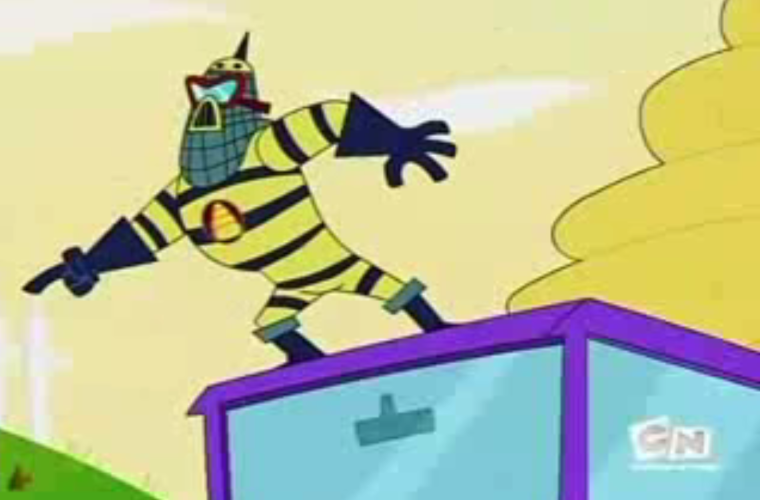 By now it is clear that it is too common for beekeepers in the superhero/supervillain world to just be called “The Beekeeper”. Clearly that is an appeal to the pure mythic appeal of beekeepers as a profession, but you’d think they could come up with something more imaginative.

Anyway, today’s beekeeper is called “The Beekeeper”. He appeared on a show called Johnny Test. I didn’t know about the existence of this show until I was researching beekeepers, so I don’t have much to give as far as context is concerned. 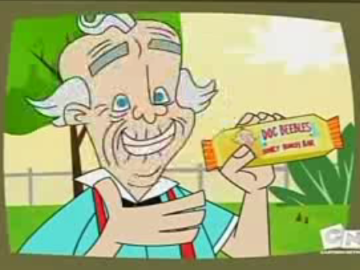 Here’s the deal: Doc Beebles is an old man who runs a company that makes honey bars, a healthy snack. Nobody buys his product because they assume healthy snacks are gross. Beebles becomes the Beekeeper and goes on a citywide crime spree, stealing candy so that people won’t have any choice but to buy his products. His plot is foiled by Johnny Test and friends and, though they admit that the honey bars are actually good, Beebles is arrested. In a later episode the Beekeeper is trying to get his revenge on Johnny, but is mostly unnoticed as Johnny is trying to come up with a new holiday. That one ends with Johnny and the Beekeeper working together, with the Beekeeper as a sort of Santa-figure, using his bees to deliver his honey bars to all the kids in the world. The Beekeeper has, as far as my research can tell, remained reformed since. So he gets a happy ending, at least. 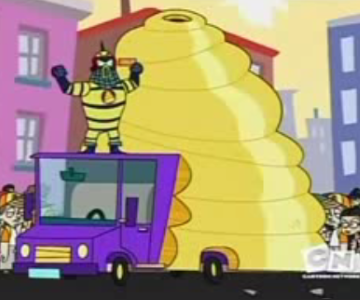 Beebles is at the borderline between awesomely competent beekeeper and not one of those. Sure he has good control over his bees, but he also loses that control very easily to Johnny in a bee costume. He owns his own business and makes a good product, but apparently his product doesn’t sell. He’s got cool gizmos (A beemobile, some sort of balloon floatation system, a “honey blaster” which seems to basically be a laser gun) but he is, of course a victim of Beekeeper Rage, as evidenced by his anti-candy crusade. Still, he’s quite active for an old guy, wants people to eat healthier, and he enjoys making bee-related puns. I admit it’s a close call. It has to be taken into account that, while they’re probably superheroes or something, Beebles, especially in the second of these episodes, was foiled repeatedly and casually by children.

Two Honeycombs out of Five. Maybe if he just had a better name than “The Beekeeper” he could have rolled over to a third comb.

Now, I just want to point out that my Beekeepers Reviews are never intended to be a review of the work in which the beekeeper appears, but I need to point out that I don’t much care for Johnny Test. I actually do think, based on these episodes, that the humour of the show could be in the right place, but it has this supremely annoying tendency to make unnecessary noise. Every second of the show contains a sound effect, or a musical sting, or both. I assume this is (the creators’ idea of) an attempt to appeal to kids with short attention spans, but I hate it. So much.