You can just watch this one for yourself, why not? It isn’t even five minutes long. 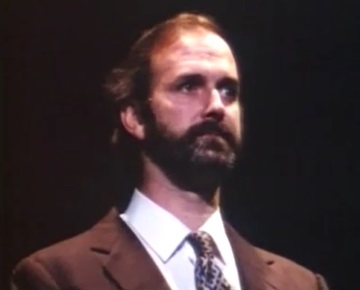 What we have here is Beekeeper Rage in action, right before our very eyes. Reginald, portrayed by John Cleese, is being interviewed by an interviewer, played by Rowan Atkinson, and it all goes downhill from there. As you can see for yourself, Reginald Prawnbaum is a very renowned beekeeper. So much so that he gets to appear on television! Television! If that’s not a measure of success, I don’t know what is. Reginald starts out very composed and together but less than five minutes later and he’s lost the constant struggle that rages in the heart of every beekeeper. 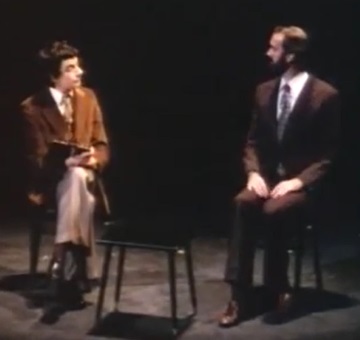 We learn quite a bit about poor Reginald in that time. He’s been a beekeeper for “over forty years” and whose love of bees began as a child. He kept notes about what kinds of flowers the bees visited even then. As a child! This is a man with so many experience points devoted to his beekeeping stats that I assume when he is among his swarms he is like unto a demigod. He’s not got much experience dealing with idiotic interviewers, though.

I mean, the interviewer is an idiot. I think there might even be some malice behind it. Are his tics real? I can’t actually be sure that this was a calculated attempt to discredit a beekeeper live on television, but the possibility exists. 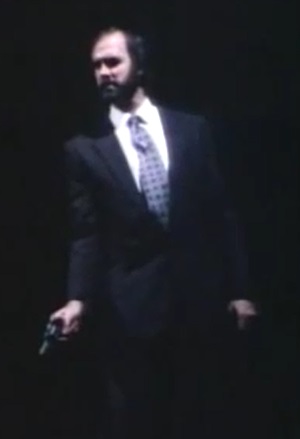 But does the possibility that the interviewer is actively goading Reginald, or even the certainty that he’s extremely annoying, justify the wrath that Reginald brings down on him? Well, making him run around until he falls off the stage, that’s not so bad. Shooting him? That’s a touch more than necessary.

How good a beekeeper is Reginald? Well, we don’t see him do any beekeeping. I can (and do) assume he’s got all kinds of supernatural powers and fighting ability. But it isn’t just his stated beekeeping experience that make me suspect it. It’s the gun. Where does Reginald get the gun? Why does he have it at this interview? If you say he has it because it is funny, you’re missing the point of overthinking fictional beekeepers. If you’re PDR you realize there are two possibilities: Either he just carries around a gun because he’s the type who needs a gun on a regular basis because he’s fighting mobsters or something, or he just straight up summoned a gun from the ether (maybe he had his bees bring it to him instantly during the moment of darkness?). Either scenario means one thing: Reginald Prawnbaum is a badass beekeeper.

Three Honeycombs out of Five. I’m certain this guy is extremely powerful, but he unfortunately loses points for the Rage.