It’s a new year for Little Choy! Last year he travelled all over the place to insult aliens, but now he’s done with that. This year he’s using his powers to travel to different worlds and universes to insult familiar faces. Everyone that Little Choy insults in the year 2013 will be a character who has appeared in a PDR work before. Oh my. 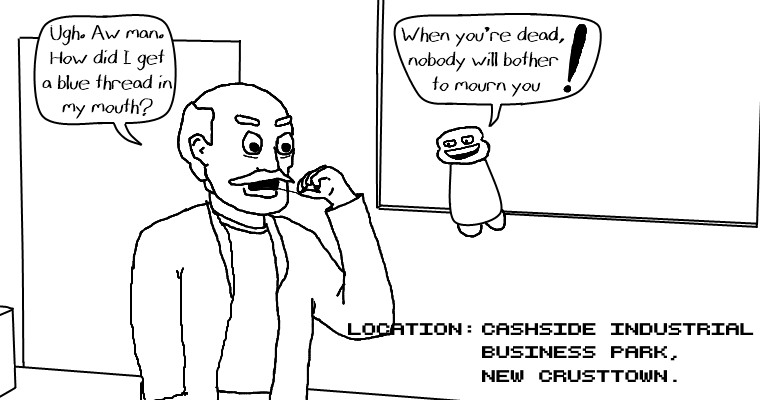 For example, today’s Choy Victim first appeared in this comic strip here. Who will be insulted next? Stay tuned or whatever the equivalent is now.

We also got your Phone Guys who keep on keeping on: 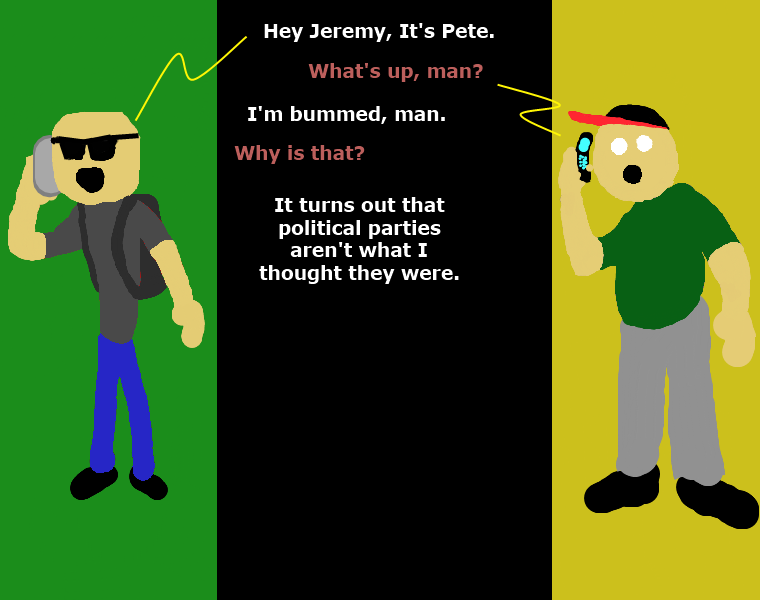