Even being called in unexpectedly to work last night can not prevent me from giving you a ton comics this week!

There are so many comics by PDR this week that yesterday I gave the bulk of it to you. That story stars myself as Agent Durning and the Honourable Kiiip Williams as Reg Lincoln, Hunter of Evil Monsters. What’s more, the pictures of Kiiip were taken like eight years ago for a photo story that I never ended up doing on Contains2. They have finally lived up to their destiny. This also means that those comics are in keeping this month’s unintentional theme of PDR Nostalgia.

And as I hinted at in that post about old PDR stories, here’s a comic strip I wrote when I was nine or ten that was redrawn yesterday: 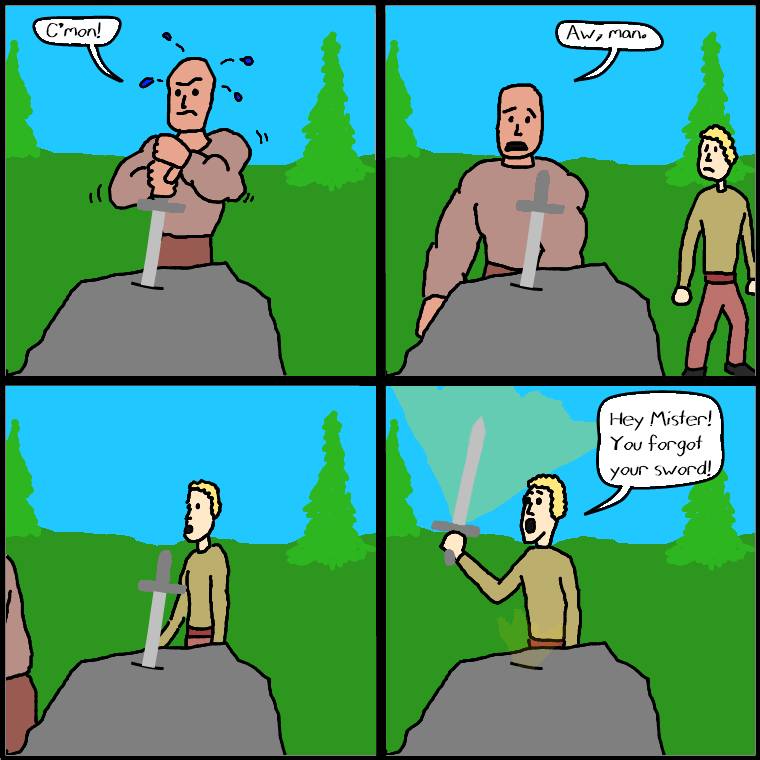 It presupposes that you are familiar with that whole sword in the stone concept. Do kids today still know about that? I do like that even at that age I was amused by completely oblivious idiots.

Also in that post I mentioned Little Choy. I got to thinking “I’ve been meaning to do a new Little Choy” and so then I did. 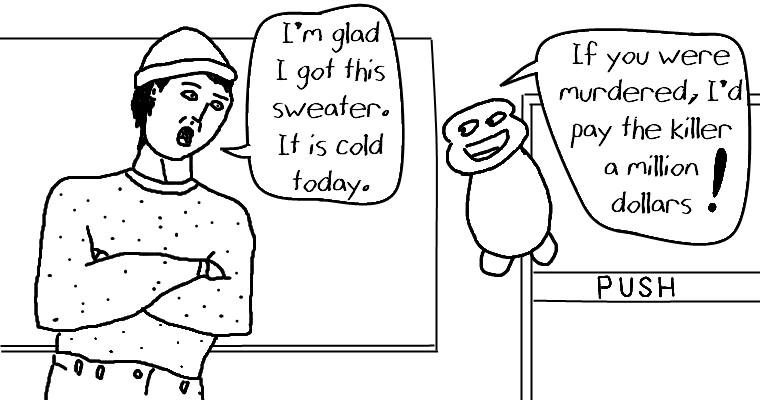 Although I have had a color scheme in my head for Little Choy since the very beginning, I refuse to color him. It would probably be hideous.

And I also made this: 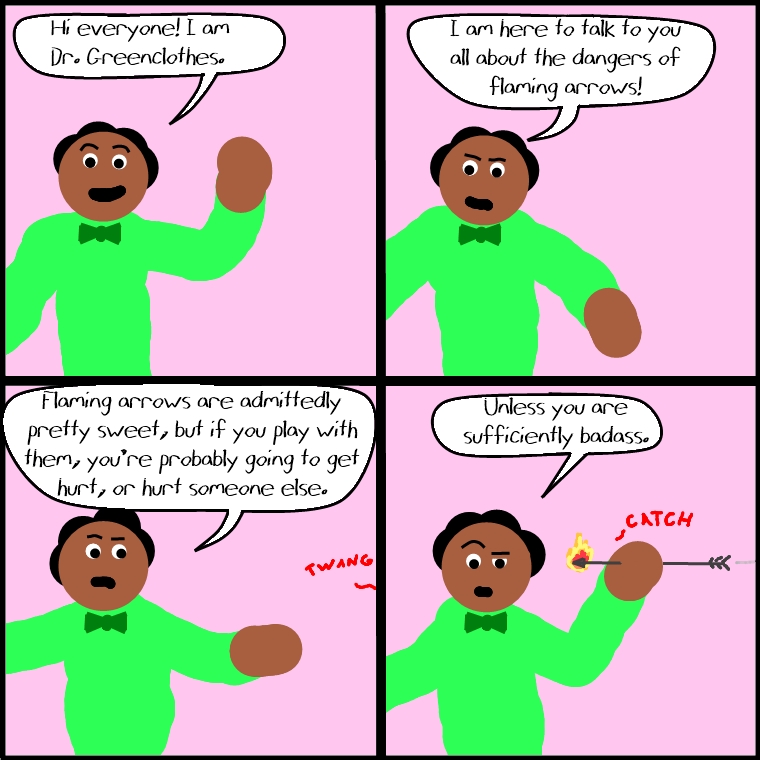 That is not technically any nostalgic PDR reference, but I did create it in the style of Photoshop-drawn comic that I used to do much more often in the Contains2 days.

Also, the Phone Guys are doing something too: 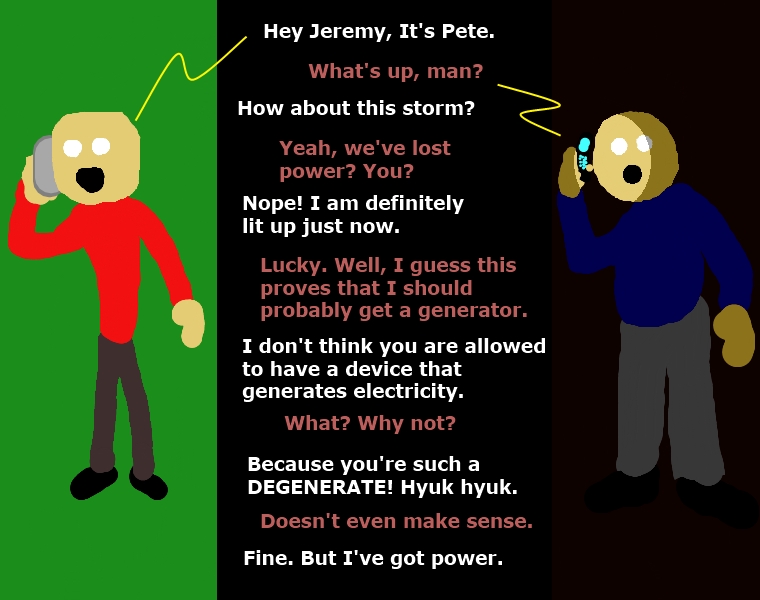 Can you handle how many comics there are?