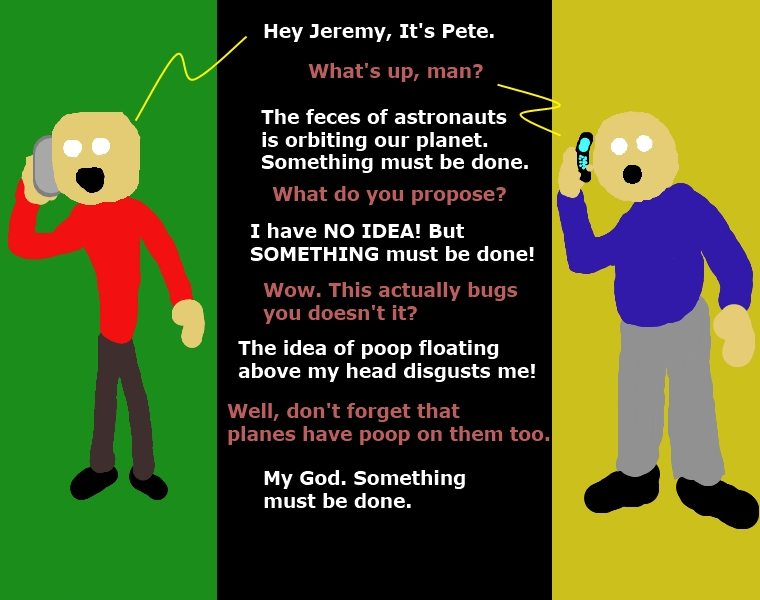 Here’s this week’s Phone Guys strip, which indicates I did not get any other comic done this week. But also I have realized that my original plan was incorrect. I’ve got a years worth of Phone Guys but instead of putting them up only when I don’t have another strip, I’ll just put one up every week whether I have another one or not. That way, on the weeks I do get other things done, I’ll have two (or more, we can dream) to go. Sound like a plan?

In other news, we have been trying to upgrade the old Book of PDR into WordPress 3. Well, Marq has anyway. I don’t know how ANY of this stuff works. But anyway, apparently we can’t do it because of a file size limit on importing old posts and my website apparently being too big. This, I say, is LAME. Apparently this upgrade would help fight spam, so that alone is reason enough for me to wish I was there. And I’m not. WordPress, you’ve hurt my feelings.