Around the beginning of the year, I happily foreshadowed something called the Ape Slave Trading Manual. This was going to be a little magazine thing put out by Marq and myself in which we could write/draw/do pretty much whatever nonsense we wanted and nobody could stop us even the President. I was really excited about the whole thing.

But Marq lost interest pretty quickly (even though it was his idea in the first place) and I have to face it, it’s just not going to happen. But I don’t want to waste all the stuff that would have gone into the magazine, so I am going to start bringing it to you here. Some of it (like the main photo story which was never finished and my article about how happy I was to have a magazine) will be lost, but I’ll salvage what I can.

Today I bring you what would have been the “Fun and Games” section. A maze! 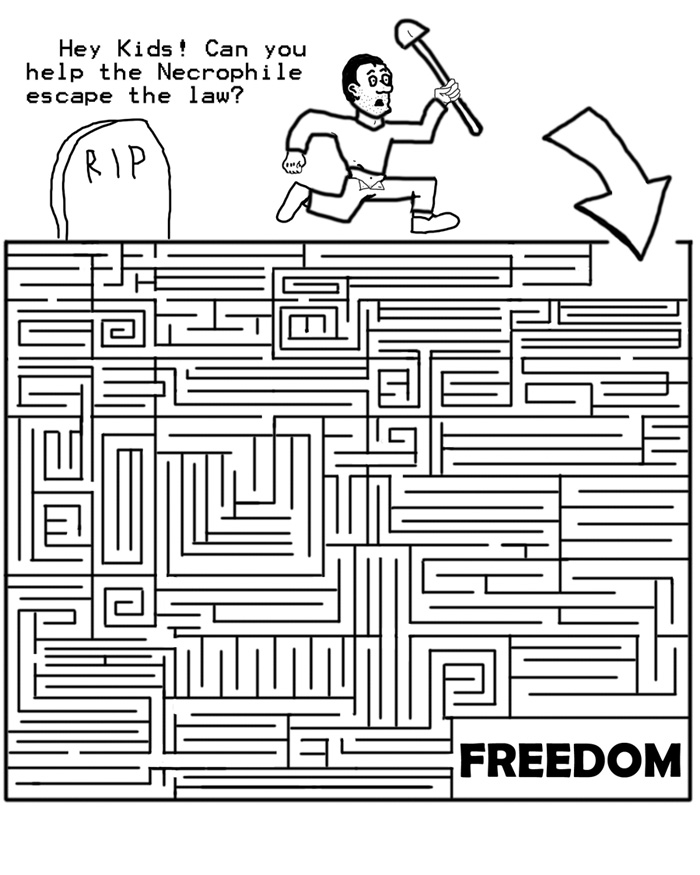 On the plus side, maybe now that I am finally willing to admit my dreams of the magazine have been crushed, I will be able to write for the site here again. That’s a plus…