Here’s another batch of animals that you might find wandering in the wilderness of planet Gurx. 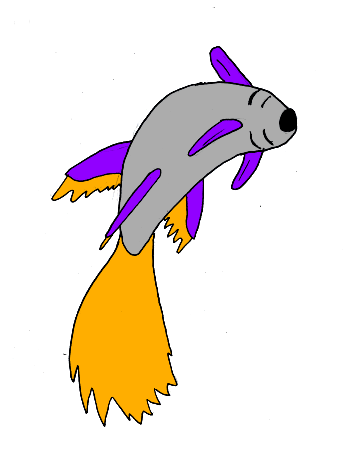 One of the aquatic species of Vootuph, the Ailonaig are noted for their showy colours and complicated mating dances. It is not uncommon for Strondovarians to keep them in aquariums and admire their beauty. 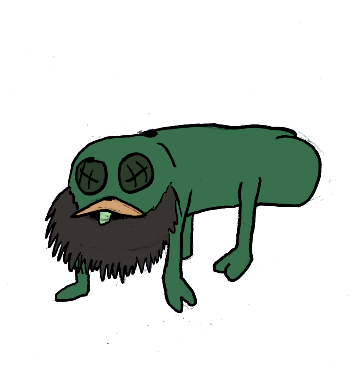 The bearded clapbutt is a variety of Ekkpay notable for its facial hair, which it drags along the bottoms of slimy rivers. All the little bugs and slime and stuff get stuck in the beard, which the Beegloy can lick all day. It’s a great life. 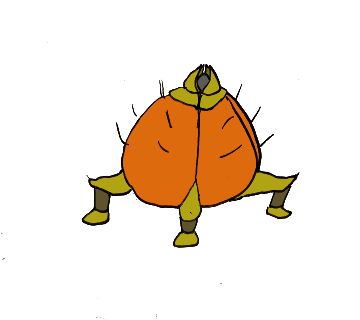 A Yityoal is possibly the smallest air-breathing Vootuph on Gurx. They are so small that their presence can easily be missed by larger animals, which is handy because their goal in life is to be eaten by those larger animals. Almost completely indigestible, the Yityoal can pass through the digestive system of the larger animals unharmed, all the while eating the other food being broken down in there. And then they come out and mate in the poop, then try crawl out to get eaten all over again. 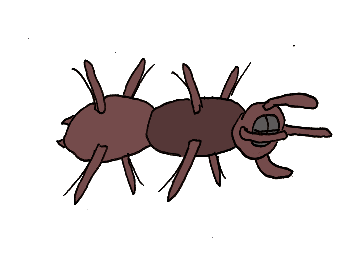 Numerous throughout the slimelands, Henouto are amphibious Vootuph that burrow into the slime. Though they have some similarity to Earth ants, they are not generally eusocial, instead living in large familial packs. Henouto care for their offspring until they are old enough to mate, at which point they wander off to join other packs. 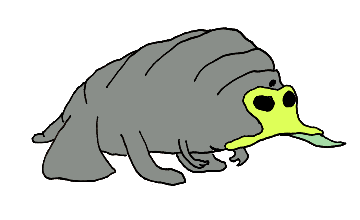 Also living in the slimelands, the Oudaihib is a kind of Lapaouger that specializes in eating Henouto. Their sticky Rel is specialized at wiggling into the Vootuph tunnels and catching a snack while their bony faceplate protects them from the defensive bites of their prey. 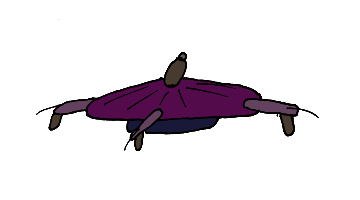 Ellea are a kind of Vootuph that at the tops of forest canopies, feeding on the leaves of the vast Gurxian trees. Their tongue, always protruding from their bottom side, contains enzymes that eat away at the plant matter, digesting it before the Ellea can take it in. Their purple colouring does help them blend in among the foliage, as they freeze in place when they see a threat approach. 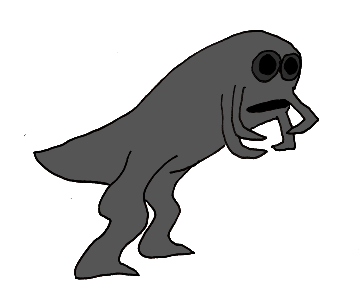 A solitary hunter dwelling in some of warmer forests, the Daembeb are and Aehubar species whose hunting technique is all about sneaking up on small prey and grabbing them with their four upmost limbs, which force the prey into their mouth. Daembeb are terrible climbers and have to focus on animals on the ground, so when something occurs that draws out smaller animals (such as the death of a Tessen) they will lurk nearby, intent on picking off some distracted creature. 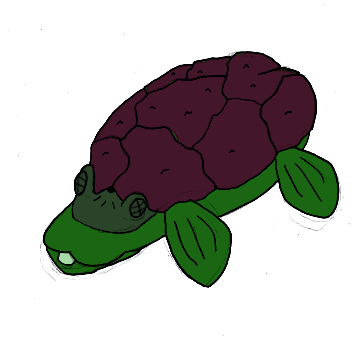 The largest of the Ekkpay species, the Seampway are more solitary than most of their cousins. Though they still breathe air, they have adapted to a fully aquatic life, preferring to dwell in the waters lazy rivers and swamps and feed on the smaller animals that swim through. Their size, and their leathery shells, offer a decent amount of protection from predators and allows the Seampway to have long relaxed lives.