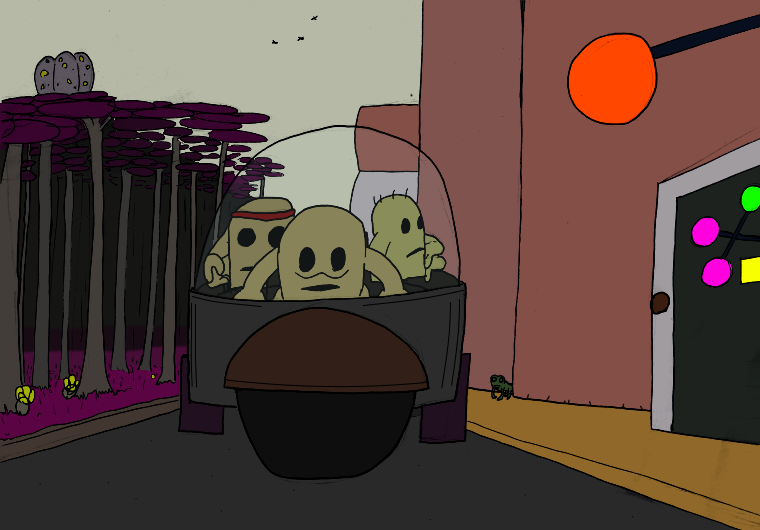 In this scene a vehicle full of Strondovarians drives along the outside road of a city, while animals of various kinds are nearby. An Aunip cautiously stays close to the buildings, in the sky above a handful of Eklooan are flying about, and near the tops of the forest just outside the town a large Tessen feeds. 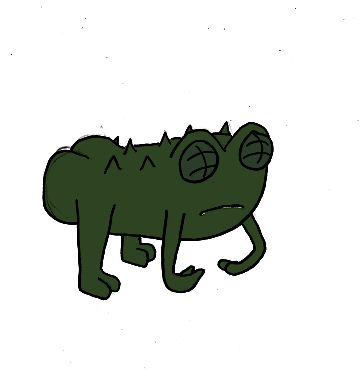 The Aunip may look like a four-limbed animal, but it is indeed a six-limbed Lapaouger. It’s just that they are from a sub-group called Ekkpay, which walk on their two frontmost limbs and their other two have retracted into stumps. Most Ekkpay dwell in the wilderness, but Aunip have adapted to living alongside Strondo civilization so they have spread Gurx-wide. We’ll go into the other Ekkpay at a later date, but we can note here that Aunip specialize in collapsing their musculature down and squeezing through tiny cracks to seek food in Strondo buildings. 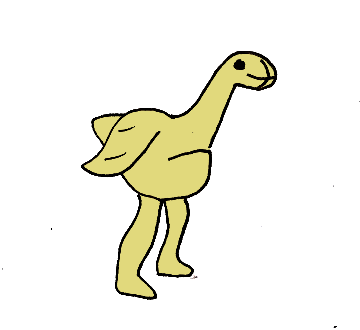 Flying high in this picture are some Eklooan. Eklooan are a small Glounaph species that have evolved specifically to live off the kind of garbage that would wind up in a Strondo city. The build nests similar to Earth’s birds, and specifically do it in the nooks and crannies of Strondo buildings. A lot of Strondos consider them an annoyance, but some treat them kindly and feed or even provide homes for them. 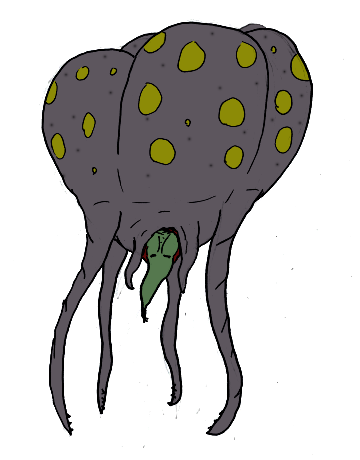 Most Lapaouger, including Strondos, have a sort of gas bladder attached to their lungs that fills with lighter-than-air gasses to help keep their dense muscular system upright, but that particular system is most highly developed in the Tessen. These massive hot-air-balloon-style creatures float along the tops of forests and hold onto the tops of the trees, from which they will eat for hours. They are completely sightless and communicate with loud songs that can be heard far and wide. When a Tessen dies, it falls to the forest floor and provides a hearty feast for the animals and plants below. While they aren’t necessarily “city animals” they will try to keep near cities in forests because Strondos tend to treat them well and the constant traffic of Strondo vehicles can scare away predators.