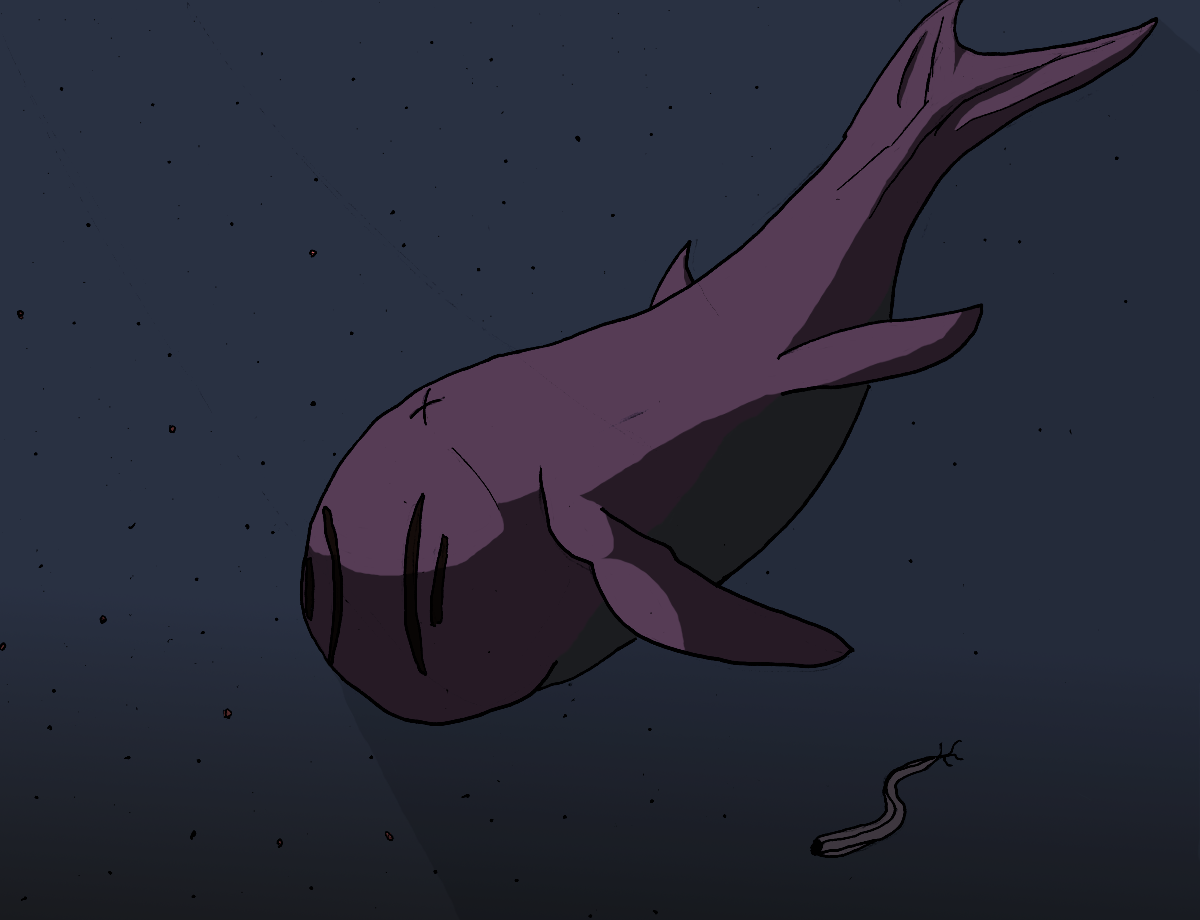 The oceans of planet Gurx are vast and full of life. Here, beneath the surface of a region that is not covered with slime, we see a large Tweheak interrupting an Uebie’s meal as they both swim through a region filled with tiny creatures. 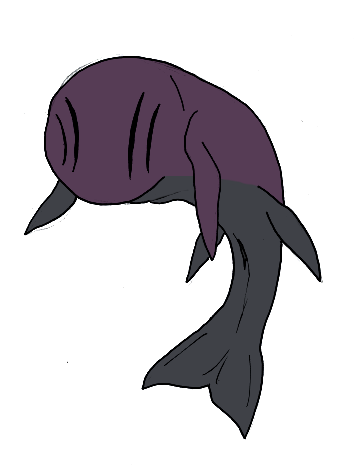 Tweheaks are one of the largest kinds of Lapaouger on all of Gurx, but they live on some of the ocean’s smallest creatures. Neither as intelligent nor as social as the whales of Earth they may superficially resemble, the Tweheaks are filter-feeders who basically only need to point their four mouths toward the sounds of food and swim that way. They’re completely sightless and feed primarily at night. 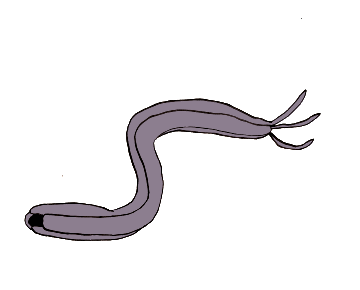 Uebies are a type of Vootuph that have found a lot of success in the oceans Gurx. They can swim extremely quickly, helping them to catch their prey and to avoid predators. They migrate through the oceans with the climate, following the smaller creatures they eat as the seasons change. For a period in the era before the Knowledge Base, the Strondovarians considered Uebie to be a gourmet food item fit for only the most special. 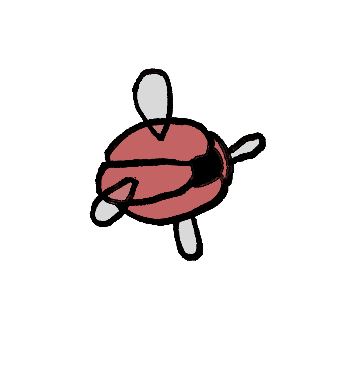 Yena are tiny Vootuph that feast on the planet’s equivalent to algae and plankton and all that. This makes them a nutrient-rich food source for lots of other ocean life. To survive being a common food source, Yena eat voraciously until they are full, then sink to the ocean bottom to give birth to an innumerable next generation to repeat the cycle, or get eaten in the process.