Today’s Beekeepers are from the 2006 movie The Wicker Man. It isn’t a good movie.

Summersisle is an island in the Pacific Northwest which is home to an insular farming community. The big industry on the island is beekeeping. They don’t have a lot of connection to the outside world, but they do sell their honey and other bee-related products online. They make mead for their own use. There are some windows shaped like honeycombs and statues or hives and stuff. They also have “old ways” for treating people allergic to bee stings. In fact, they seem to just generally like nature, as almost everyone seems to be named after after flowers and trees and stuff. On the surface, the place seems absolutely quaint. But they sure are secretive. They just don’t plain like outsiders. So what is up? 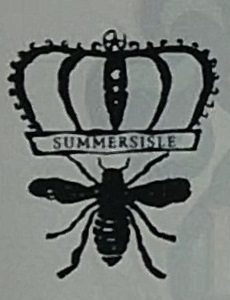 It apparently “takes quite a few [beekeepers] to keep order around” Summersisle, but not everyone on the island is an active apiarist. Still, everyone there shares a belief system, so whole don’t intimately get to know any beekeepers, we know that the sort of values they’d have.

Summersisle is a matriarchal society to an extreme. They are, or at least claim, to be descended from Celtic ancestors who “rebelled against suppression of the feminine” and immigrated to America just in time to set up shop around Salem as the whole witch-burning things were going down. Sad to see oppression of women continue, they headed West until they found their current home. But their noble goals of equality have not worked out, because now, in the present, men on Summersisle are the oppressed ones. Male children aren’t educated, they grow up to only be used for manual labour, and they are completely unwilling, perhaps psychologically unable to communicate with outsiders. What does any of that have to do with the beekeeping? Well, it is implied that this is meant to be an evocative the dynamic in a hive, with the queen and all that. The “queen” of Summersisle is one Sister Summersisle, and apparently rulership is a hereditary thing. There’s a level higher than her, though, as they all worship a “great mother goddess” who they feel rules the island. And that’s where things get even worse.

The year before the events of the movie, the island had a failed crop. This is apparently a very rare occurrence, having only happened a few times in the island’s history, but they have a way of dealing with this sort of thing: A bizarre ritual sacrifice they get from a book called “Rituals of the Ancients” which they feel will please their goddess and make everything right again. It’s a dumb ritual. It requires them to find a male stranger who is connected to them by blood. They will call him the drone, for bee-theme reasons. They will run the drone through a dumb obstacle course of confusing scenes and motivations, with the end result that he will be a hunter who they will then hunt and he will come to them willingly. Or something. Outside of the fiction, the confusion is done to keep things mysterious until the end reveal, but within the story, why are they acting like that. It seems to me like it’d be considerably easier to lure the drone in without half the weirdness. How much of their weirdness is legitimate weirdness, and how much is them trying to make him suspicious? And even beyond that, they kill the pilot who brought him to the island because he betrayed them, but they wanted the drone to come to the island, so they totally set that pilot up to be killed. They’re jerks.

Look, I suspect they are decent beekeepers in general, but their belief in this ritual makes me doubt if they actually know what they’re doing.