The story of Honeystoker appears in a series of Youtube videos by a person named Kruggsmash who makes narrative fiction by playing a game called Dwarf Fortress, to which he adds drawings to the videos that makes the Dwarf Fortress graphics tolerable. Say what you will about the Youtube algorithm, it was absolutely correct when it suggested this to me. 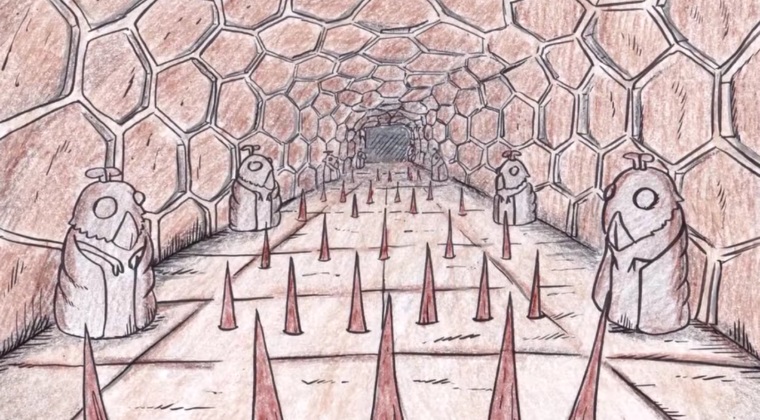 Honeystoker (or Stetargusgash in the native tongue) is a Dwarven stronghold with an important detail: the dwarves living therein are beekeepers! Now, I am reluctant to give away most of the story details for this one. The thing just ended a week or so ago after all. But I will focus just on their beekeeping and see how they rate at the job.

Honeystoker’s dwarves were not that type of apiarists who come from some long lineage of apiarists who have been refining their skill for generations. No, at the founding of this fortress they were complete rookies. They only became beekeepers because the rich patron paying for them told them to (and he had ulterior motives we need not get into here). And admittedly, it looked bad when it took two years for them to make their first jug of honey, but they got better in time and embraced beekeeping with gusto.

They did all the standard things a colony of beekeepers might do, such as making honey, mead, and wax crafts (the latter of which they encrusted with gems to increase their value), and they had cool stone hives shaped like dwarf heads, which is pretty great. But they would also go beyond the standard beekeeping stuff in other ways, such as when they decorated their walls with honeycomb designs and bee statues, as well as one particularly awesome bit of beekeeper-inspired bit of architecture: the hallway pictured above, which is full of stinging spike traps to foil invaders. Definitely the kind of trap a badass beekeeper unit would design. 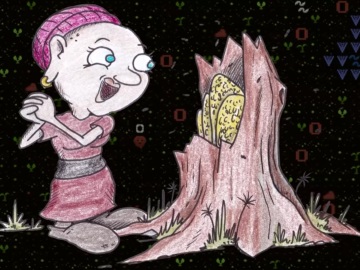 It has to be admitted that as the fortress grew, they diversified into other industries, so not all the dwarves living in Honeystoker are active beekeepers. But some are. Most notably Zutthan Avuzelis. Zutthan was the dwarf who first discovered the wild bees that began the fortress’s colonies and remained on the job much longer than her companions. She was described as meek and compassionate, but quick to anger, which sounds like a classic case of Beekeeper Rage to me. Zutthan would eventually go on to join the military of Honeystoker and, while not being the kind of unstoppable fighting machine I like to see in a beekeeper, she served well until being wounded, after which she returned to easier tasks, presumably including beekeeping. If everyone in the fortress had given up on beekeeping, they would rate much lower, but Zutthan was true to the job which counts for a lot.

Everything I have described so far could work even for a normal beekeeper, but these dwarves live in a fantasy world, so surely they must have some supernatural talents, right? Certainly! Even before they became successful beekeepers one of them managed to calmly carry 18411 bees by hand, which is mighty impressive. The dwarves also seemed to quickly grow accustomed to being stung by bees, possibly even becoming immune to the venom. On an occasion when a flood filled the part of the fortress with the hives, the bees seem to be barely affected. All of these are minor but important examples of possible supernatural beekeeping. But there’s a catch: the dwarves of Honeystoker absolutely check the box for supernatural for another reason. But, beyond making them better fighters, that reason is not related to their beekeeping, so I won’t discuss it here. Just rest assured, they fit the bill.

Ultimately the story of Honeystoker is one of dwarves trying to survive in a world that was dangerous. In the process they became pretty good beekeepers and fought to carve a place for their kind in that dangerous world. What more could beekeepers do?

4 Honeycombs out of Five.