It’s good for a person to have a hobby. Even Superman. I have found that there are at least three references to Clark Kent having collected clocks. I grant that, over a period of eighty years, three references are not a lot. Some might say that they’re very very little. But I like the idea of Clark collecting clocks and I’m saying we should bring it back.

The advantages of bringing back Clark’s hobby: 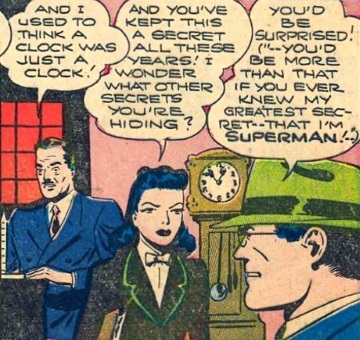 The disadvantages of bringing back Clark’s hobby:

Bring back the clocks! Or at least someone start a band called Clark Kent Collects Clocks.