The classic sitcom staple of a family made up of spooky weirdos. As would be expected from me, this show is much darker than the usual. 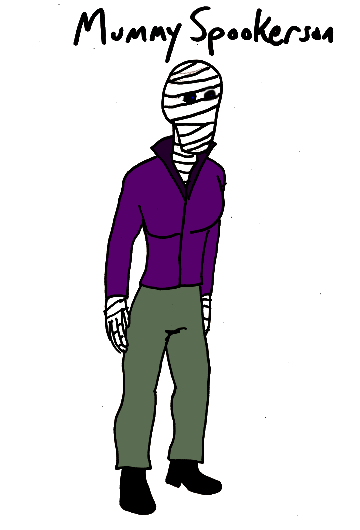 The woman now known as Mummy Spookerson was pregnant in the 1930s, when a demon-worshipping cult member murdered her and her husband. While her husband’s body was chopped up and used in an occult ritual, the woman was mummified and her remains left hidden in a crypt. Whatever sinister purpose the cult originally had for the remains body was forgotten when they were all slaughtered by the demons they summoned. Ten years ago, the mummified corpse woke up. Uncertain what to do with her mysteriously returned life, she just decided to get back to living. She took ownership of the mansion the cult once owned, gave birth to the twins she’d been carrying, and got a job working at a grocery store nearby, where she is now the night manager. 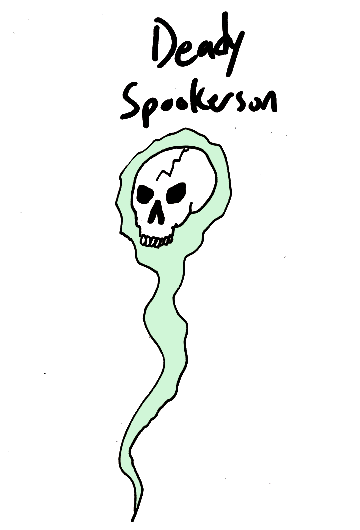 Mummy’s husband was dissected and most of body parts ended up who knows where. His skull, however, sat safely in the cult’s mansion. When Mummy’s woke up, some mystical energies present in the mansion allowed the husband’s spirit to animate the skull. The couple was reunited, and now Deady is a stay-at-home father of the twins. Still, even ten years later, he has trouble corporealizing, so he’s a bit clumsy. 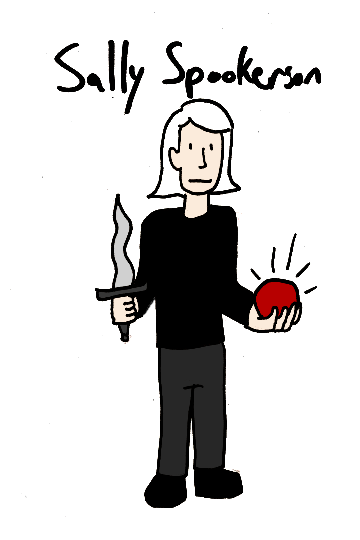 Sally is fascinated by the supernatural, so it is good luck for her that she’s growing up in a cultist mansion with a library of books on occult rituals and artifacts. She’s has trouble behaving in school, and frequently tries to use mystical short cuts to make her life easier, which only gets her into more trouble. 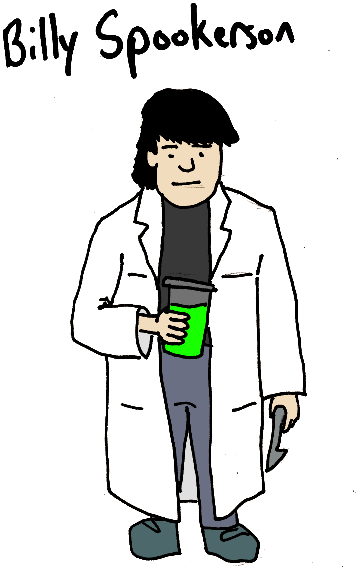 Billy is nerdier than his sister, so he prefers to make his occult dabblings more scientific in nature. He wants to discover things that aren’t in the books in the library. New things. And he wants to be famous for it. He’s got a big ego, and is trying very hard to live up to it. 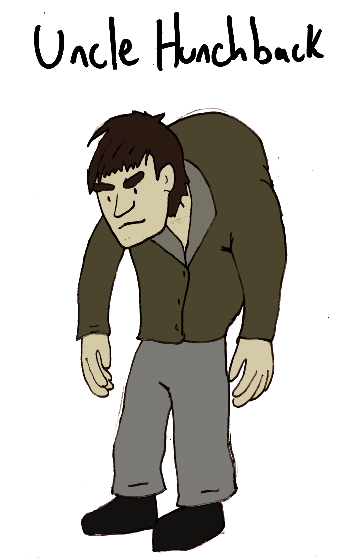 Uncle is not actually the uncle of the Spookerson family, he’s a cousin, some times removed or whatever, who happens to actually be named Uncle. He was lonely when he was the only surviving member of his family, so when the Spookerson family popped up again, he was happy to join them. He now dotes on the twins and helps them with their various rituals and experiments. 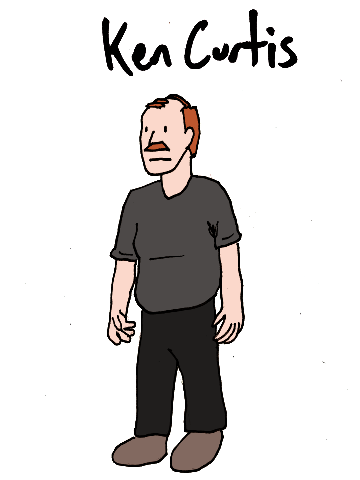 Mr. Curtis lives next to the Spookersons’ mansion, and he is a paranormal investigator. He makes internet videos in which he hunts for ghosts and monsters. He has no idea that there is anything strange about the Spookersons. He thinks Mummy is a burn victim, and has been too embarrassed to ever bring up her late husband. And he thinks all children are strange monsters, so he takes no especial notice of the twins. As far as he can tell, they’re just a normal family. This infuriates the demon once worshipped by the cult, because it is constantly sending messages to Mr. Curtis, trying to get him to kill Mummy so it can be freed from the otherworldly prison where it is trapped. Mr. Curtis is just completely oblivious to the demonic messages.

As a child, I enjoyed the Addams Family (both the movies and the original show), but I have not seen any version of the Munsters. Still, I doubt that that show had the in-depth exploration of the supernatural I’d be trying for here.