In a world where superheroes are fairly commonplace, there are bound to be more loser ones than good ones. This is a sitcom about a handful of heroes of lesser renown who keep stumbling across one another in their attempts to fight crime. None of them are really friends and they only tolerate each other in the name of fighting for justice, or as close as they can manage. 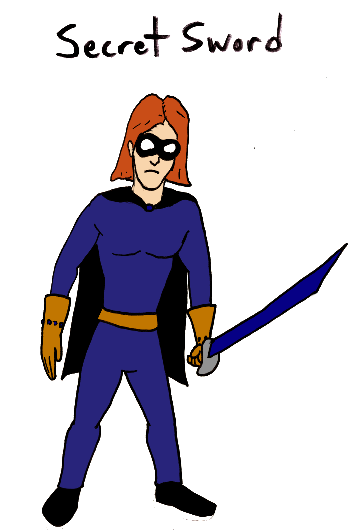 Our point-of-view character, the Secret Sword is a young lady who found a sword that gives her magic powers. Having recently been fired, she decided to fight crime. She is immediately in over her head, and gets beat up repeatedly, and sticks with it only to show up the other heroes, who think she can’t make it. 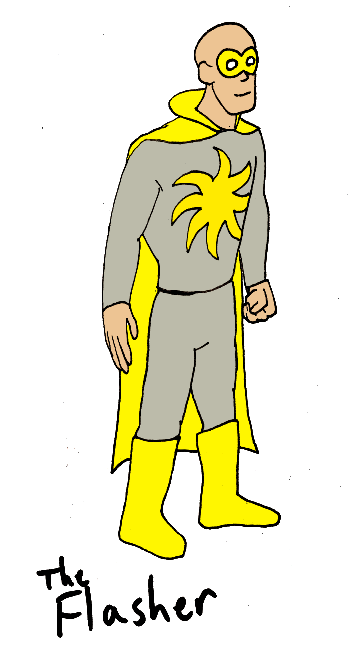 A prominent hero who has been active for decades, the light-powered Flasher is so very tired. He puts on a brave face for his fans, but he really thought that punching bad guys would have made a difference by now. He can only open up about his cynicism around the younger generation of heroes, who he wants to talk out of even trying, but also hates because they haven’t made everything great yet either. 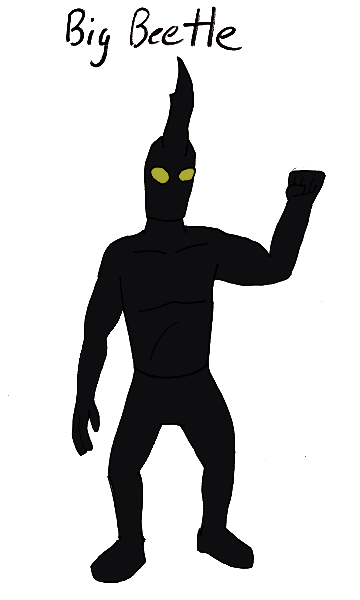 A teenager who accidentally got trapped in a superhero costume created by a rich scientist, Big Beetle has to fight crime to the scientist’s liking in order to get out of the costume for temporary spells and have a normal life. He doesn’t actually care about heroing, but the scientist sure does. 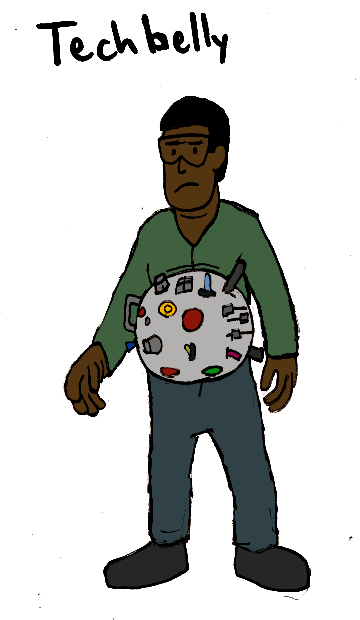 By eating metal or plastic or other such things, Techbelly’s powerful high-tech belly can rearrange them to create devices and gizmos that do all sorts of cool sci-fi stuff. Using these gizmos, Techbelly works to take down the criminals who run the illegal weapons rings in town. After all, he could make a lot of money selling high-tech stuff if they weren’t around. 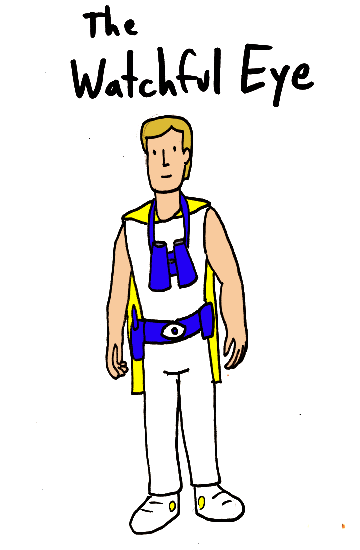 Stuck by lightning, a young man found he suddenly gained a peak-human fitness level and no longer required sleep. Deciding to use these powers to benefit humanity, he became the Watchful Eye, a hero who prowls the streets and, when he sees danger, calls the appropriate authorities to the scene. All the other heroes find this incredibly lame and mock him mercilessly. 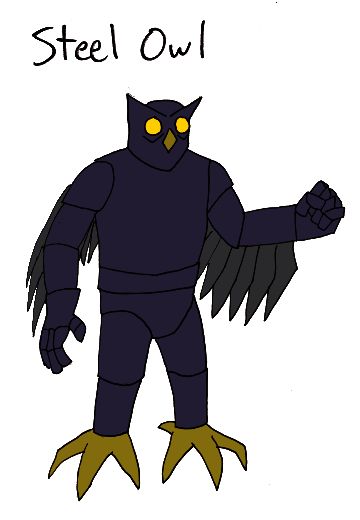 The mysterious Steel Owl is a vigilante of the night wearing high tech armour that provides awesome powers and hides the wearer’s identity. There are rumours that the Steel Owl is actually a rich playboy who hates crime, but the truth is that the Steel Owl suit is worn by a high-ranking police officer. She knows that what she is doing is very illegal, but just enjoys it too much. It isn’t even an “I hate crime so much” thing. She really just finds superheroing fun. The rest of the cast are in awe of the Steel Owl who seems so cool and aloof and driven, but the Steel Owl is just extremely desperate to not mess up in any way and give away her secret identity.

Superhero sitcoms have been done well and done poorly. This, I think, would be one of the latter. I don’t think this show even gets to air all the episodes that are produced before it is cancelled. I would try to avoid the “superheroes hanging out in their downtime” thing that is most common. These guys all run into each other while working, but never in their downtime. It would only be Seinfeld-grade sitcom coincidence logic that makes them have to endure each other. That amuses me, at least.

I just shovelled a bunch of characters from loose sketches into this. At some point I was half-jokingly dared myself to create ANOTHER superhero universe so, while these would fit into one of the many I have already created, instead I declare this Yet Another Universe. Try and stop me.

Flasher is meant to be a superhero whose name would be seen as terrible by people who think about it more than he does (see the Whizzer, for example) and, in case it isn’t clear, I absolutely think the Watchful Eye is the most sensible person in this cast.