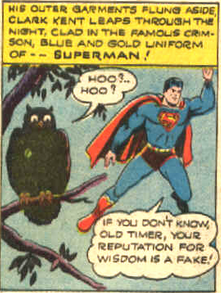 You know, I spend more time thinking about Superman than I probably do any other topic. It’s a bit of an obsession for me. For the last decade I have been in what could be called a deep research into the franchise. I have watched every Superman-family television show or movie that has yet existed (with the exception of the new “Krypton” show, which I’ll get to soon enough). In my most recent failed attempt at post-secondary education, I wrote essays about the character any time a class offered enough wiggle-room that I could justify it. My computer has more than a dozen text files just containing random notes and research related to the character. What I’m saying is: I care an awful lot about Superman and it occupies a large part of my mental real-estate.

It has finally occurred to me that maybe I should start putting some of those thoughts on my site here. What is the site for, if not to contain all my thoughts? And I mean, it’s easier than finishing Secret Government Robots, isn’t it?

With that in mind, I’m going to start a new weekly thing to join the other weekly things I do here: Unstructured Superman Thoughts, Facts, And Opinions. They’ll be quickly-written, first-draft-posted ramblings, like everything else I do here, it’s just that I’ve put way more thought into them than everything else I do. I’ll schedule them on Saturdays, I guess, so the first real one (I am not counting this post) will be tomorrow.