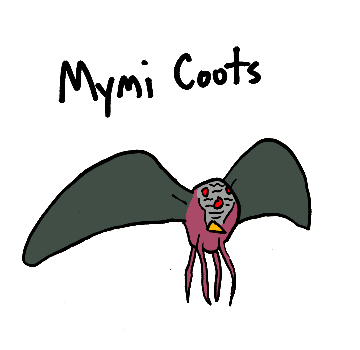 On a small planet full of swamps and jungles, the Deglaens have arisen as a dominant life form. They spend most of their time flying through the planet’s thick atmosphere almost as if they were swimming, but do land and crawl around at night. Their diet is made up primarily of the planet’s worms, which they have only recently learned to cook. Deglaen technology is still pretty primitive, they have begun to build things out of stone and make rubber from the plants. 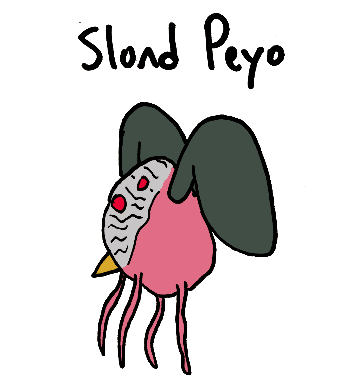 Mymi Coots is an obsessive collector of plants. Having claimed a tract of land for personal use, Coots has gathered and dozens of different kinds of plants from all over the region. It isn’t easy to keep them alive, though, as some of the plants have bad reactions to the others, and some just don’t thrive in that kind of environment, but Coots is learning. In time, the things Coots learn may help the Deglaens to tame the plants and develop a stronger agricultural skills.

Slond Peyo is an insecure individual who cares very strongly about appearing powerful in the eyes of others. The obsession has taken over Peyo’s life and now most others in the community consider Peyo to be an idiot because of the effort put into trying to look big an important person. 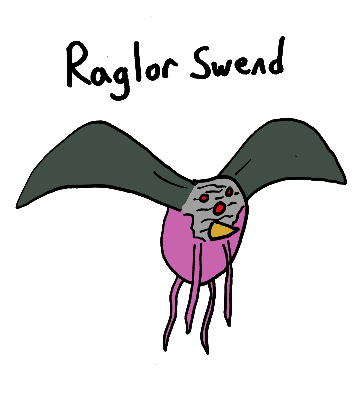 Raglor Swend is frightened all the time. The world seems to be full of danger, so it seems to Swend that frightened is the appropriate state to be in. I mean, there is a war brewing in the Arnasta Valley, the Speckled Death Plague is spreading like never before, and giant jag-toothed Venesters lurk in the night and can capture even a full-grown Deglaen. Who wouldn’t be frightened?

A Fact About Deglaens: The Deglaean’s eyesight is not such that it can perceive the existence of the stars, but if a human were on their homeworld they would be able to make out the galaxy that is home to the Pejjits.