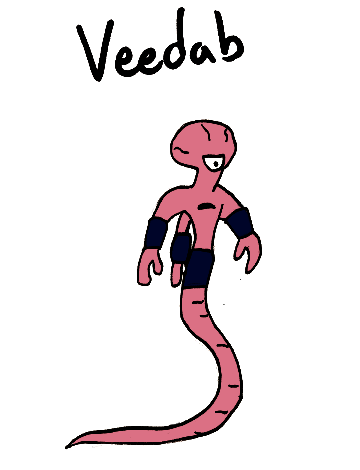 The Dobraxu are a species with serpentine tails, three arm-like limbs, and a single large eye on their bulbous heads. They are very clever at creating machinery, but have not yet mastered any form of programming, so their technology is all powered by Dobraxu individuals, rather than being autonomous.

After centuries of “progress”, one Dobraxu nation took over the planet and is now the only government there. One Dobraxu named Marjantar is a villain known as Exomek who is trying to take over the planet Zunoltia, and that mission is an official one given by the Dobraxu government, but mostly the species is peaceful. They just have some jerks in charge. 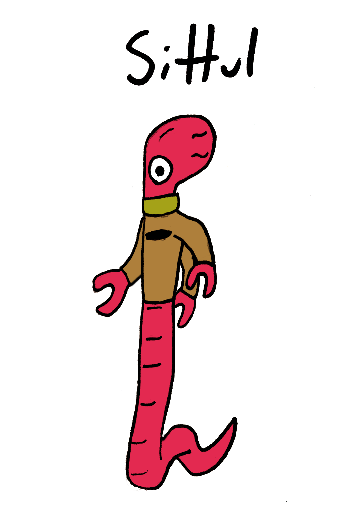 Veedab is a member of the World Council, the government body that votes on the best actions for the planet to take. Veedab has been trying for years to change the way the hospital system works, because as it is right now hospitals are built as boats that are sent to where they are necessary. This can be handy, if some disaster strikes they can send some hospitalships there to help, but the drawbacks are numerous (Not the least of which: just imagine going in for tail surgery only to wake up and be told you are on the other side of the continent because they had to head towards a city where there was a fire. It’s inconvenient). Veedab has tried to convince the other council members that permanent hospitals being built on land in major cities would be wise, but it goes against tradition, so nobody listens.

Sittul is a citizen of the planet’s largest and oldest city, Haraza Mataa. The city is so old and central to Dobraxu culture that its denizens are considered the “simple” folk and the ones that are considered sophisticated are the ones living small rural locations. Sittul may dreams of one day moving out of the city to become a big success somewhere small. 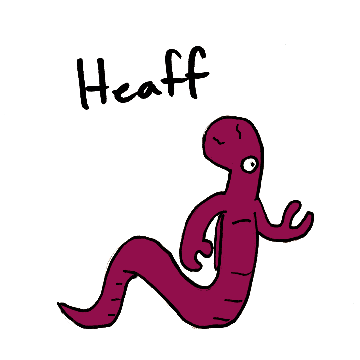 Heaff is a wacky sort of Dobraxu. Heaff refuses to play by society’s “rules”. When society says “Heaff, you should settle down and do things right” all Heaff does is wander around and do things wrong. Heaff is the life of the party, but also everyone kind of hates Heaff a little bit. Sometimes it is lonely being wacky.

A Fact About the Dobraxu: The Dobraxu do not consider theft to be a crime. If you can’t keep your stuff secure, they feel, maybe you don’t deserve your stuff.