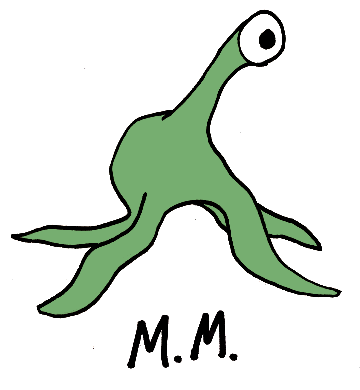 Just like last July, I am going to spend this month fleshing out the species of the cast of my Space Army comics.

The Fundroons are a species of shapeshifters capable of fully controlling their bodies and taking on any appearance they desire. When they made first contact with the rest of the universe’s species, the other species were very nervous about the Fundroons. Their paranoia led them to try wiping the species out. The Fundroons had no problem defending themselves and the other species just had to accept that these shapeshifters would have to be tolerated. The naming conventions of the Fundroons have never been explained to any other species, but the translations of their names are always abridged to two letters for some reason.

The Space Army’s C.W. is a Fundroon. 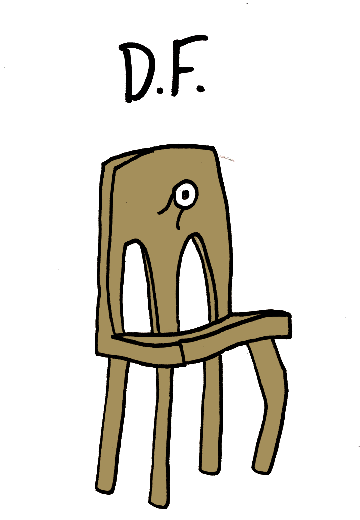 M.M. is pictured here in the default shape of a Fundroon, which is appropriate since M.M. has not left the Fundroon homeworld. With no reason to try to blend in with other species, there’s no reason to pretend to look like anything else. On the homeworld, one doesn’t shapeshift to pretend to be anything else, one shapeshifts to hunt prey. M.M. is extremely good at hunting prey, preferring techniques like flying in then taking a spear shape to pierce a target.

There is a disease that can affect Fundroons that causes their body to forget the default shape they are supposed to revert to when not shapeshifting. In the case D.F., his body got confused while he was in the shape of a chair, so now D.F. looks like a chair when not focusing on being something else. He isn’t immobile or anything, he can still walk around as a chair, but it does make him very self-conscious about his appearance. 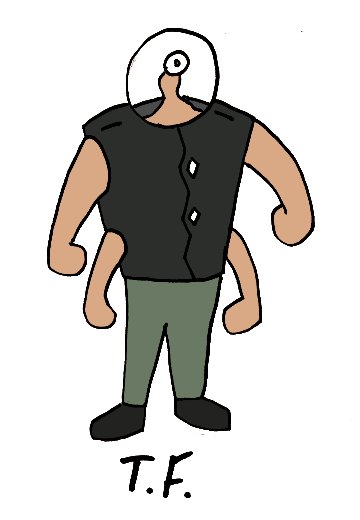 T.F. is a Fundroon living abroad. There is always work for a shapeshifter, and a lot of that work is not exactly savory. T.F. has been hired by all sorts of criminal elements to do things like robberies, fraud, and all sorts of other illicit acts. Basically, T.F. is exactly the kind of shapeshifter that gives shapeshifters a bad name. But he’s making money, which is all he cares about.

A Fact About Fundroons: When off-world wandering among non-shapeshifting races, Fundroons tend to keep their eyestalks visible as a kindness to other species, so that they know they are dealing with a Fundroon (obviously this does not apply when a Fundroon is trying to trick the others). It also makes things easier for the Fundroon if they don’t have to focus on maintaining a non-default shape as a face.