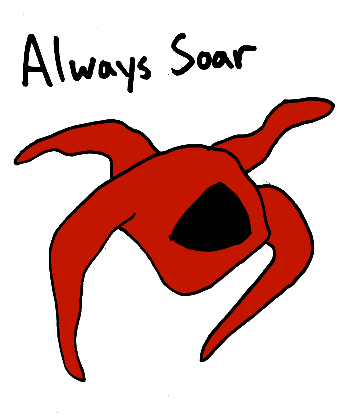 The origin of the Exoles is a closely guarded secret among the Exoles, their home being located in a dense nebula that has little seeming value to other races. The Exoles are able to keep the location of their home a secret easily, since they have evolved the ability to not only survive in out space, but to thrive there. Exoles now ride through space, soaring on solar winds among other methods of travel (they can easily hitch a ride on an unknowing spacecraft), and only stop into planetary atmospheres on rare occasions. There is not a lot of “society” among Exoles, as they largely roam the cosmos solitarily, but they do come together for matters concerning that secret home of theirs. 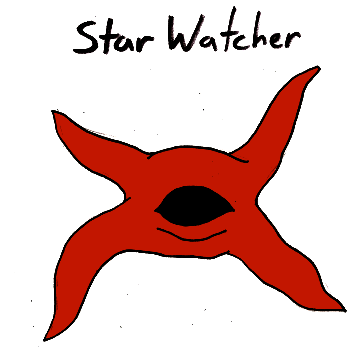 A group of Exoles first made a cameo appearance in a Hover Head story, then one was insulted by Little Choy.

Always Soar is a traveller who is interested in seeing as much of the universe as it can during its lifetime. Having left home early in its life, Always Soar has never returned. Instead, it has encountered more different places and things than any of its peers, and these life experiences are what it cares about most.

Star Watcher is content to stay in a relatively small part of space. Having found a trinary star system in Sector Bokka that has dozens of worlds going around it, providing resources and comfort and that is all that Star Watcher could want. 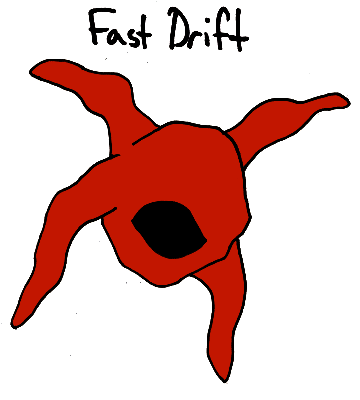 Fast Drift is one of the Exoles most involved in keeping what little Exole society there is, alive. Taking messages between the home and the far-flung Exoles, Fast Drift makes sure that everyone is as up on the latest news as it is possible to be in a species spread across veritable light-centuries.

A Fact About Exoles: Communication between Exoles comes in several forms. They can create pulses of radio waves that create patterns of “words” which is ideal for communicating at a distance in space (and is also the language with which they communicate with other species), but it is very draining of the body’s resources. For more intimate and detailed communication, Exoles will entwine with one another and slowly writhe and wiggle in ways that get their meanings across clearly and with much less use of energy.