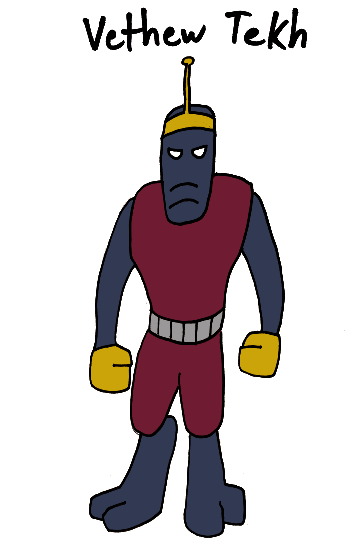 The People of the planet Owds are ruled over by a royal family who justify their rule purely by might. Perhaps at one time they gave some justification about being divinely chosen or whatever, but if so, that is lost to history. Now, the fact they are the most powerful is reason enough. If you don’t agree, why don’t you do something about it?

The Empress of Owds was featured on a Supervillain Sunday post, which suggests she might not be such a great person. The trippy cosmic hero Astrona has taken an interest in saving this world.

The Owds People conform to most of the standard humanoid features. One difference, though, is their two mouths. While the Owds People do stand upright on their hind legs when still, they move around on all fours. Commonly, if they are moving and want to hold on to something, they will place it in their lower mouth to hold it. 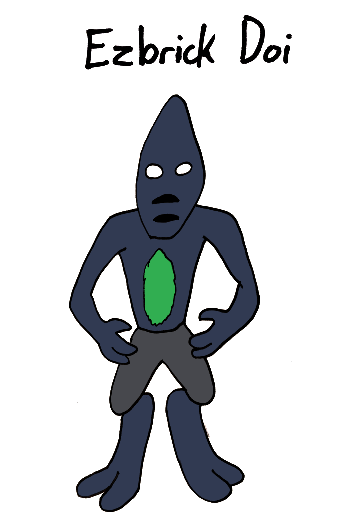 Vethew Tekh is a high-ranking member of the Owds’ secret police service. Tekh’s identity is so secret that no record of his existence can be found outside of his own files and the memories of those who are allowed to know. If a citizen learns that Tekh and the secret police are there, it is already too late for that citizen. Tekh has beaten seventy-three people to death in service of the Empress, and has enjoyed it every time.

Ezbrick Doi is a scientist working for the royal government on a secret reality-warping project. The project, the translated name of which would be something close to “The Godseyes”, is a set of goggles that allow the wearer to modify anything they can see in any way they can imagine. Obviously, this is a lot of power, so only test subjects who are extremely loyal to the royal dynasty can be used to test it, lest they use the power in some way against them. It has not been easy to find subjects loyal enough to trust, and the first nine tried all died in horrific ways. Ezbrick is certain, though, that the Godseyes will be ready for the Empress before too long. 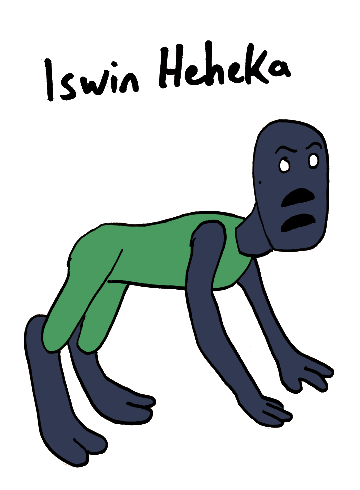 And Iswin Heheka is the average suffering citizen of Owds. Living in a port city, Iswin is employed as a ship-builder. Iswin keeps a low profile, as all Owds people do, because they are always reminded to report any suspicious behavior to the guards. In her own time, though, Iswin composes beautiful music that she does not get to share.

A Fact About Owds People: The biological waste that Owds people produce is vomitted out through their lower mouths. For the species to have existed like that for so long, it is no surprise that they take sanitation very seriously. Owds people (and all the animals on the planet closely related enough to have the same system) expel their waste daily, after which they take baths in the highly acidic ponds that are naturally abundant on their world and are useful sanitizers. It has not been unheard of for Owds people to expel waste on enemies in battle, but… it’s rude, obviously.