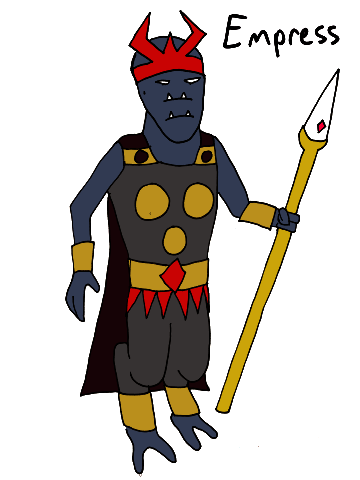 On the distant planet of Owds the people are unhappy. For centuries, as humans measure time, the people of Owds have been ruled by a single tyrannical regime, a powerful dynastic family who use cruelty and terror to remain in power. And the latest is the worst of the lot! Empress Gorfythe Huzz the Seventh is unsatisfied with ruling a single planet. She wants to rule it all.

While a resistance force struggles against her rule, the Empress has her army scientists working on a device that allows the user to alter the physical laws of the universe within a limited space, but that is enough to cause permanent damage to the fabric of space-time. Can the Empress be stopped before it is too late for reality?

Not a lot to say about this one. I was looking through the old heroes and I thought I should give on to Astrona. I suppose it does touch on the same thoughts on female aliens that I expressed back during the Astro-Hero post. So that’s something. 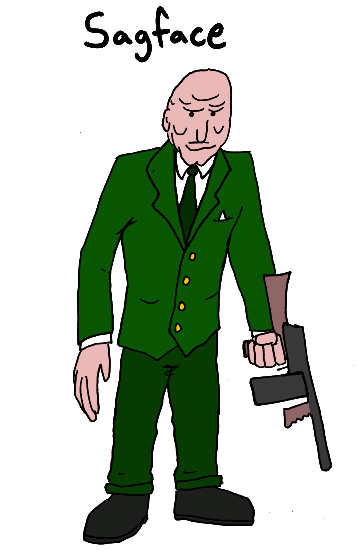 Armando “Sagface” Achilli is the head honcho of a viscous mob with their fingers in every criminal enterprise within reach. Theft, loan-sharking, narcotics, murder-for-hire, and more, Sagface and his goons are involved. Over the years, many of Sagface’s foes have tried to mock the deformed features of the mob boss, and it bothered him for a while. But now, he embraces his looks and the reputation it has given him. That doesn’t stop him from hurting those who try to mock him on general principles though.

I just wanted to draw a Dick Tracy-style weird looking gangster. It wasn’t as easy as I thought it would be, but here is the result. I don’t really have a Dick Tracy analogue among my heroes, but I guess he could be the villain for one of my old-school-inspired types. Halberd Man‘s origin involves a criminal empire, so I’d say that is a perfect fit.