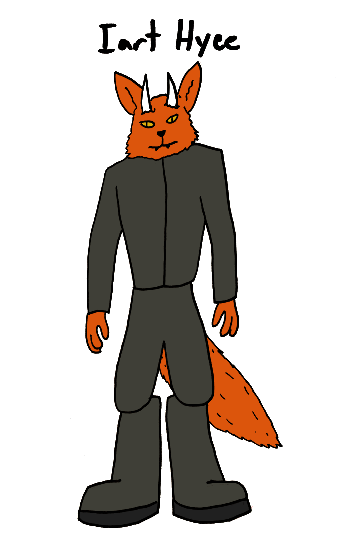 The Advit Empire is native to a planet called Nodlia. They are an upright-standing, bipedal, fur-covered, horned species that stand in the average about two metres tall and have long tails. Long ago, in their history, the species called itself “Nodil”, and “Advit” was just a term to denote a native of the nation called Advi. But the militant Advit Empire conquered the world and wiped out any opposition, so now the species bears that name.

Since entering the age of space travel and developing the means to reach other worlds, the Advit Empire has discovered life on other worlds, and they aren’t all too thrilled about it. As long as the species found on other planets are willing to submit to Advit rule, there are few problems, but if they aren’t, the Advit go to war without regret. Just recently, for the first time, the Advit have encountered another space-faring race, the Ugder. This has caused tension, to put it mildly. 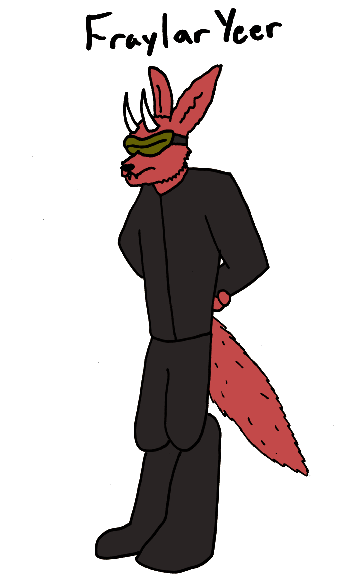 Iart Hyee is part of the Emperor’s court, serving as a security specialist in the Imperial Palace. Positions like this are assigned by the rulers themselves, so they are often made up of those close to the royal family, but Hyee is an exception. Hyee gained fame as a competitor in the Power Games, a sporting event held regularly on the homeworld that consists of events similar to what we’d call vehicle racing, javelin throwing, and hide-and-seek. Hyee’s performance so impressed the royals that the security position was offered as soon as Hyee aged out of the games.

Fraylar Yeer is the overseer of the planet Eiyoker, home to the Graaimer, the first species that was conquered by the Advit Empire. The Graaimer are a small reptile-like species, only forty centimetres tall, so Yeer towers over them. Yeer has little respect for the natives of Eiyoker, and treats them as slaves and toys with their lives by having them fight to the death as entertainment. 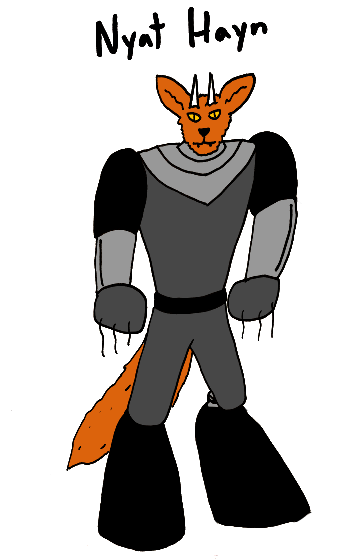 Nyat Hayn is an armored soldier, wearing the finest warriortech that the species has created. As with most soldiers privileged enough to wear this stuff, Hayn has not been given the chance to develop much of a personality, but has been indoctrinated since birth and shaped into a sort of dull-witted thinker, but skilled reactor on a battlefield. The arms of the battle armor are permanently grafted to those of the wearer, but can be attached to modularly-designed weapons that will then react to the wearer’s thoughts as if they were a natural limb. When the Advit conquer a “lesser” species, they will reward some of its members with suits of this style as long as they act as a sort of police force on the conquered worlds, protecting Advit interests. Aliens in that role are called “Loyal Soldiers”.

A Fact About the Advit Empire: The Advit Empire has a sort of religion, based on fire-worship. Almost all homes keep a lit torch, not for light, but as tradition. The bodies of the deceased are cremated.