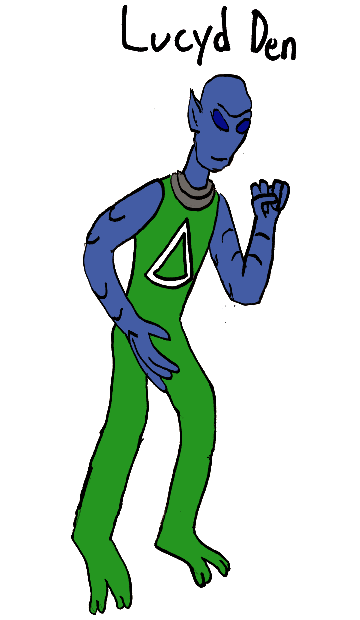 The Bessaji are a species of humanoids native to a planet orbiting a binary star system. They have developed a high level of technology and now use hyperrocketships to travel to other worlds where they create cities under glass domes. While there is no one dominant government or culture or religion among the Bessaji, they still identify as a strongly united species and do not often mingle with other lifeforms they have encountered. They are generally not violent to other species, but prefer to avoid them altogether. They have set up traps around star systems they have claimed which can depower unauthorized spacecraft, leaving the occupants to die in powerless ships if they try to come to Bessaji space.

The Space Plunderer, opponent of Gus Comet, is a member of the Bessaji race, but he has been exiled and would never be allowed to return to the Bessaji homeworld. 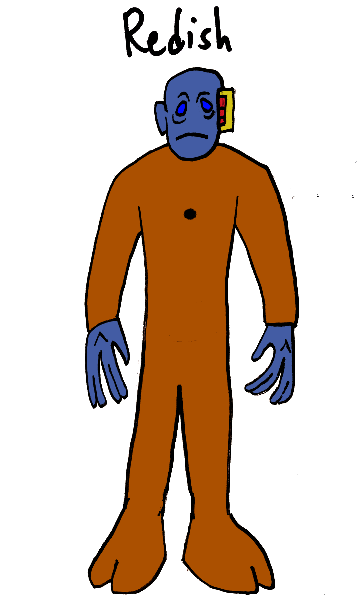 Lucyd Den is a worker on a transport ship working in the star system where the Bessaji homeworld is located. Because it would be unsafe to use hyperrockets within the limits of the system, transport ships travel between the planets at relatively slow speeds, taking months per trip. With so much time spent on their ships, the crews of these ships have basically become cultures of their own. The population of Lucyd Den’s ship is over a thousand. Because populations can increase, the ships feature modular compartments that can be added as needed. Lucyd Den is not liked on the ship and has been strongly considering locating to some other ship, but has to wait months before the option is even possible.

Redish is a Bessaji cyborg. The Bessaji have the technology to combine their computers with biological entities, though many of their cultures prefer not to do it. The colony on the planet Geraasish, however, have found it very helpful to modify their brains. Geraasishians are also, Redish included, more likely to see the value of cooperating with other species, and it is one of the few places where trade with aliens takes place, though it is all kept on the down low. 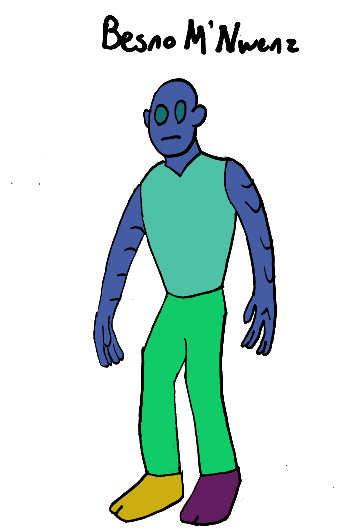 Besno M’Nwenz is a sort of monk in a religious order that worships the dual stars of the home system, though he lives in a colony on a planet in a single star system. He makes occasional pilgrimages to the home system to see the stars in person, but must always return to his colony to do good works. There, he prays for nothing more than a new star to come mate with the lonely one there.

A Fact About the Bessaji: In their ancient past, before they reached out into the stars, the Bessaji had tails. This feature evolved away during the recorded history of the species, which spans nearly a million years by our reckoning. Ancient depictions of species, even though they are direct ancestors, now seem like a wholly different species.