Back when I introduced Gus Comet, very early in this whole mass-character-creation experiment, I mentioned several members of his rocketship crew. Let’s give them a moment to shine: 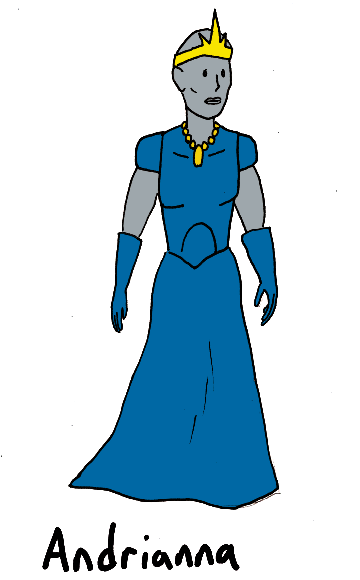 When the robots colonized Saturn, they created a constitutional monarchy headed by a King and Queen. Their daughter, Andrianna, the Princess of the Robots, was the first robot built in that new kingdom. The thing is, though, robots don’t age and die like humans, so the King and Queen are still in power and it doesn’t look like they’re going anywhere any time soon. Andrianna quickly got bored with sitting around the castle knowing she’d never move on to ruling the land, so she left her home to join the Rocket Officer Corps. She is now the second-in-command on Gus Comet’s rocket, a life considerably more interesting than that of idle royalty. 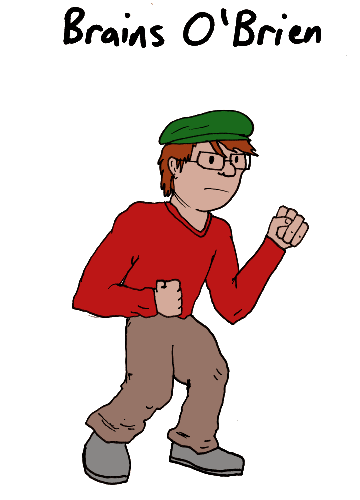 Raising himself on the streets of Brooklyn, Brains had to learn to fight. He had no family to protect him, so he had to provide for himself. One of a gang of similarly-destitute children, Brains was the Smart One. When authorities would occasionally try to force them into school, the others would wonder what use all those facts could possibly be in “real life”, but Brains didn’t see it that way. Any scrap of knowledge he learned was something that could possibly be used to keep him alive one more day, like ammunition, so it was best to stock up. One day, on the run from the law, Brains was separated from his gang and used some of his knowledge to find a hiding spot on board a rocketship. But when the ship took off, Brains became an unintentional stowaway. Luckily, Gus was impressed with the kid’s nerve and his wits, so he gave him a place on board. 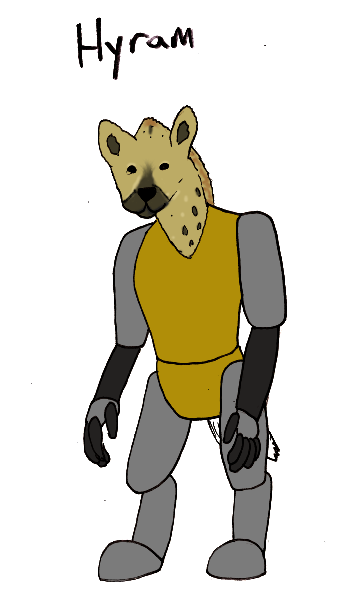 In the far-flung future that is the twenty-first century, a lot of experimentation has been done on animals. Hyram is a result of that experimentation. An ordinary hyena genetically engineered to have excellent intelligence, and given cyborg limbs, Hyram joined the Rocket Officer Corps as an investigator. There is nothing Hyram enjoys more than gathering scraps of evidence and hunting down a criminal.

The Space Plunderer is the meanest, greediest criminal in the galaxy. Commanding a crew of alien criminals from dozens of species, the Plunderer, a Bessaji, travels from world to world to steal resources. Colonies everywhere live in constant fear of the Plunderer, but the Plunderer fears nobody. The Plunderer even laughs as Gus Comet and crew pursue him across the Cosmos. It seems like every day the Plunderer gets stronger and stronger. Can the good guys ever win?