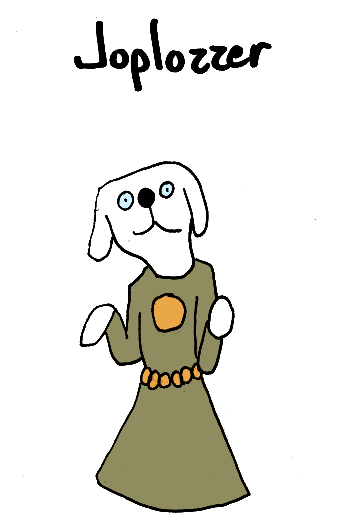 Living on planet Hurch there is a species of fuzzy, peaceful beings we can call the Hurchans. They seem simple to our sensibilities, but they’re actually very technologically advanced. If they wanted, they could easily spread across the galaxy in a matter of months, but they don’t want that. The Hurchans are content to live on their happy planet and keep to themselves, and since it is a paradise by almost any standard, why wouldn’t they?

The Hurchans are a little bit shorter than humans on average, but otherwise are somewhat similar, with traits that would seem commonplace in a mammalian species, such as giving live birth and bodily production of food for their young.

Little Choy once dropped in on the planet Hurch to do his job of flinging insults. 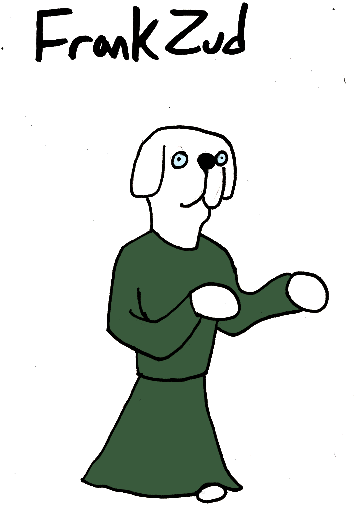 Joplozzer likes to dance. Long ago in Hurchan culture, dancing had a significant role in mating rituals and dominance displays. In the present, however, it is purely a recreational act, and that’s the way Joplozzer likes it, because Joplozzer is actually a very nervous sort who doesn’t want to show any kind of dominance, but just wants to have fun.

Frank Zud spends a lot of time in the planet’s Technocaves, which is a vast and complex series of tunnels and caves that are full of wires and machinery that travel all over the sub-surface of the planet. Once these tunnels were a vital part of the planet’s techno-scene, but as technology advanced beyond the need for them, the tunnels became a haven for hobbyists and tinkerers who like the “retro” appeal. Frank Zud has portioned off a system of the caves and is designing a giant amusement park-style set of rides and mazes for others to enjoy. 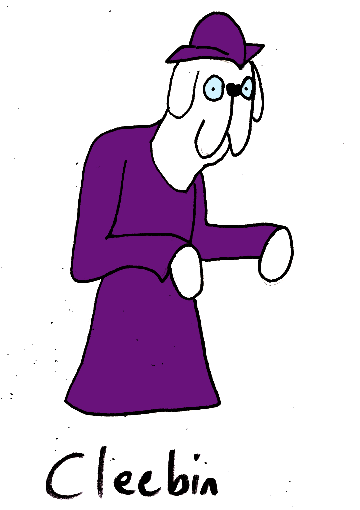 Cleebin is an old Hurchan who has been through a lot: war, disease, loss. But now, as an elder, Cleebin has become of a religious sort. Though there is no longer any single majority religion on Hurch, and most Hurchans don’t tend to think about spiritual matters, Cleebin spends time perusing ancient texts about beliefs of Hurchan cultures that are long lost. Cleebin feels that there may be forgotten truths in these old beliefs that could be of use in these modern times.

A Fact About Hurchans: It might seem like Hurch would be a good candidate for alien invasion. In fact, in the last two thousand Earth years, the Hurchans have handily repelled seventeen different threats from outer space. Hurch has earned a reputation for being utterly unconquerable.