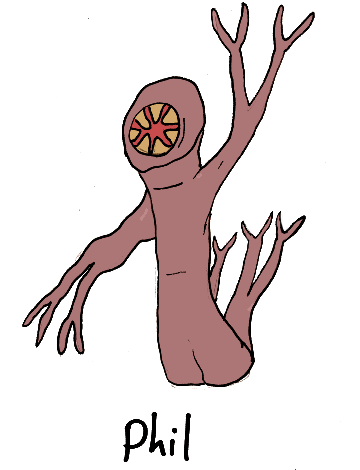 On the fog-choked planet Ukkasiak, the shineless spirit Gkethargg has established a nest. The lifeforms of that planet, have chosen, not that they had any true choice, to serve the Coming Shatterer of Flame. Perhaps, had the powerful entity not chosen its home there, they would have been different, but their history and existence as it is now is based fully around their collaboration with this extra-planar intelligence thing. Life has no meaning for them beyond serving the Power That Rumbles.

The Collaborators with Gkethargg have nothing that even comes close to human language, so I have just arbitrarily assigned random human dude names to this batch of individuals. 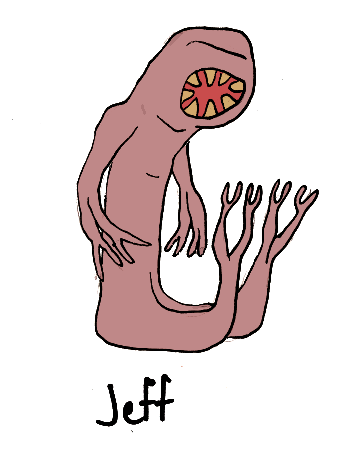 Phil dutifully mars the landscape of Ukkasiak. The Collaborators believe that is only for Grand Nightform to decide what can make its home on this planet. Phil, like all the Collaborators, needs not sleep and needs only drink in the otherworldly energies of the master for nourishment. So instead, Phil spends all its time crawling the planet’s surface making sure nothing grows without permission.

Jeff is a Gkethargg dancer, and so ever circles and writhes, gasping out a tuneless song that allows the dimensional barriers to remain in synch with the Voidborn Ruler of the Mists. Jeff never does anything but dances and sings, dances and sings, and never wants for more than that. 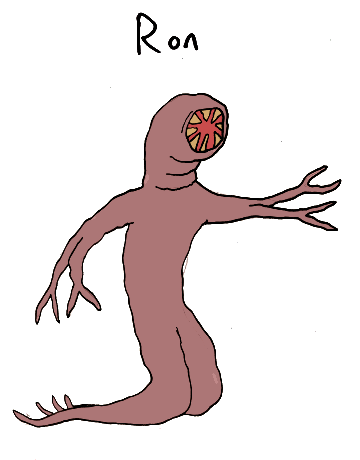 Ron comes up with new things to call Gkethargg.

I was trying to come up with some sort of “monster-y” theme for some aliens, since it is late October, when I noticed that I had completely neglected making any aliens in the Universe Grey so far during the Alien Sunday year. Oops. But now that is remedied.