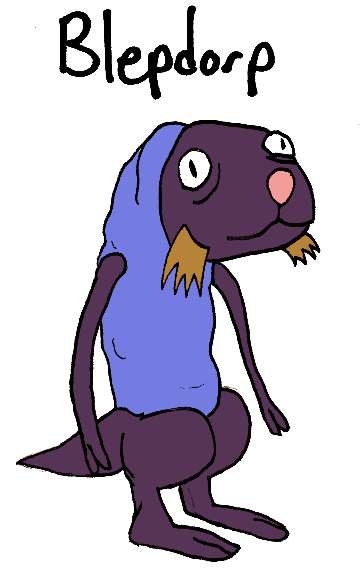 The Vobavians are a tiny species by human standards, standing only a foot tall on their hind legs, but there are over twenty billion of them on their home planet of Vobav. In several ways they resemble Earthly rodents, they are a burrowing species with mammal-like traits. Vobavians live in colonies with castes that determine what job they will perform. They have no permanent gender and can change their nature as needed for reproductive purposes.

Blepdorp is a worker, which is to say that they do whatever physical labour it needed to be done at any time. That can include digging tunnels, carrying heavy loads, or building walls but almost never involves leaving the colony’s tunnel system. Blepdorp has only been outside the colony tunnels to work twice, and the second time was very nearly struck by lightning (and is still deaf as a result). Blepdorp is perfectly happy with not going outside anymore. 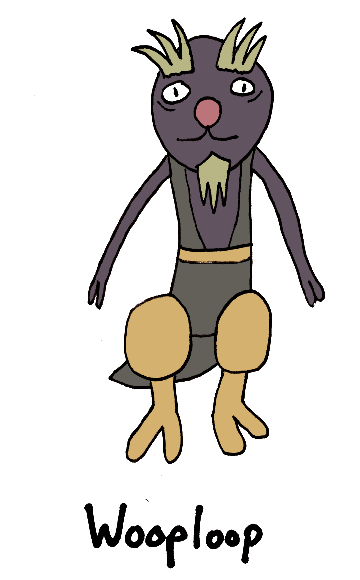 Wooploop is an unassigned worker, which means that most of the time they get to lounge around and play games with other unassigned workers. It may seem like that sort of thing would be a drain on a colony’s resources, supporting lazy slackers, but the idea is that, should an emergency arise, the colony will have a contingent of well-rested replacements ready a moments notice. So far Wooploop has had to serve as a worker when a bunch of the colony’s worker’s were killed by a rival colony, a garment maker when a disease left most of the colony sick in bed, and a firekeeper when a season of flooding left the colony’s fire supplies running low. So Wooploop has seen a lot, but gets to enjoy downtime most of the time. It’s a pretty good life. Wooploop’s favorite pastime is racing. This colony, and many others, has a system of tunnels designed just for unassigned workers to race. Though Vobavians with assigned jobs don’t get nearly as much relaxation time, there are those who enjoy spending what they do get as spectators for the races. 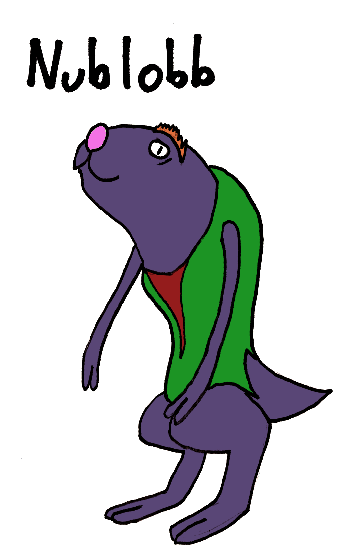 Nublobb works on the surface around their colony’s tunnels, mostly foraging for the berry-like things that make up a large part of the Vobavian diet, but also serving as a lookout for trouble from other colonies. Vobavians are quite territorial and violence will often break out between colonies just for being near one another. Nublobb particularly enjoys that aspect of the job and has been known to forage closer to other colonies than is wise, just in the hopes of getting a chance to beat up rivals.

A Fact About Vobavians: Vobavians are not willing to have any relationship with the other animals on their planet. As vegetarians, they have never needed to breed them for food. They don’t keep them as pets or workers either. When a swarm of Vobavians wants to create a new colony, the first thing they do is chase off all the animals in the area and creates walls and fences to keep them gone.