Since I don’t have enough aliens in my Justice-Man stories to do a month of them, I’m devoting the rest of this July to the other comics I was making in Junior High, the Space Army. I will wring a complex mythos out of the stories I made up as a kid and nobody can stop me! 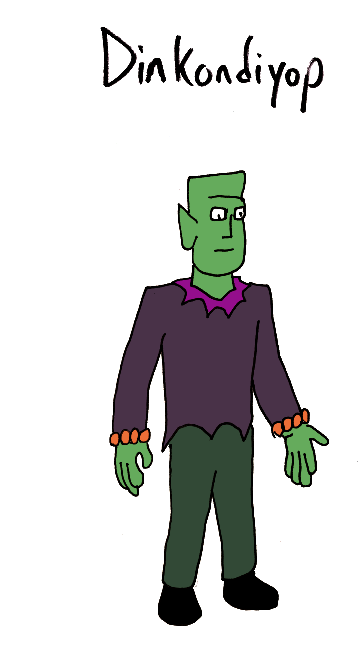 The Cronians are the species of Captain Farniconigon. One of the founding races of the Space Army, the Cronians once had colonies on thousands of worlds throughout multiple galaxies. That was until the species known as the Flartians rose from Galaxy Two and decided to lash out at every other species they came across. The Space Army was eventually able to stop the march of the Flartians, but not before the Cronians were rendered nearly extinct. The Cronians who remain are mostly scattered throughout the cosmos, which could doom this race to oblivion.

Dinkondiyop is one of the Cronians who wants to prevent that fate. He has created a Cronian colony on a planet and has invited any and all Cronians to live there in the hopes of getting a population built back up and restoring Cronian culture. The problem that he has come across is that there used to be an awful lot of Cronians, so there was an awful lot of differing aspects of their culture. Some Cronian worlds banned clothing, others made it illegal to go without wearing the bones of your ancestors. There was one Cronian planet where everyone had to go without sleep once night each month write poetry on their shoes, but there is not one Cronian still alive who wants to do that. Dinkondiyop wants to keep all the old traditions alive, but is finding it impossible to please everyone, so now he has to pick and choose. 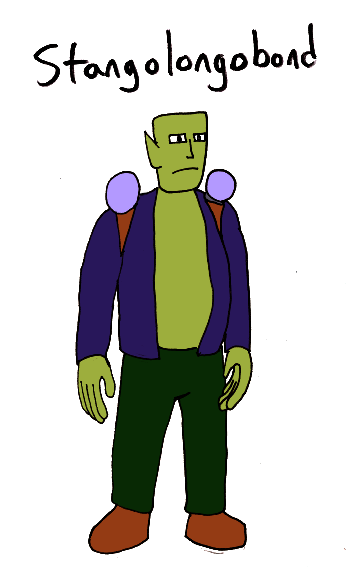 Stangolongobond is in a space biker gang. He was in the Space Army during the war, and saw some things that have left him in a pretty dark place. After the war he moved to a planet known for its outlaw culture and hooked up with a multi-species gang of like-minded individuals. The lot of them are sick of “normal” culture and want to be free to do their own thing. Cruising through space in their personalized spaceshipcycles, the gang takes jobs smuggling or just robs supply convoys as they see fit. They camp out on forbidding planetoids and hide in forsaken nebulae, and Stangolongobond is just happy that there’s nobody to tell him how to live his life, or to make him do anything he doesn’t want to do. It’s turned out that he’s still had to do a lot of things he doesn’t want to do, because of the circumstances he and the gang get into, but he’s not doing it because he’s following orders, it’s his own choice now. 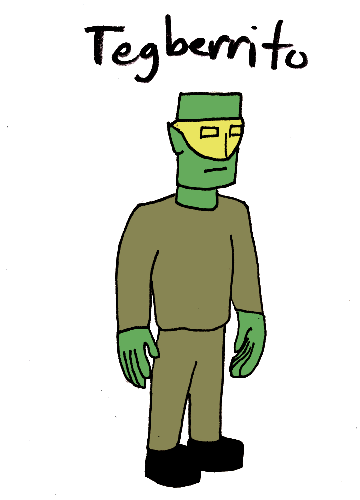 Tegberrito doesn’t even know what has happened to his people. In a state of suspended animation on a deep-space mining vessel, Tegberrito was the only survivor when the vessel crashed on a world far outside the limits of the Space Army’s sphere of influence. Waking up on a strange jungle world, with insectoid natives much weaker than himself, Tegberrito was able to establish himself as a swashbuckling hero, and eventually a ruler of a nation. Though he once dreamed of guiding the natives to space so he could rejoin his people, the life he’s made on that world has been rewarding enough that his own people don’t occupy his thoughts very often anymore.

A Fact About Cronians: Cronians have five sexes. If we call them A, B, C, D, and E. If an A mates with a B, it produces an A or a B. if a D mates with an E, it produces a D or an E. If an A and an E, or a B and a D have a child, it is a C. The C gender are sterile and can not produce offspring, but make up the vast majority of the species. This complex system has not been helpful now that the species is becomming rare. Humans are unable to tell any of the sexes apart, though.