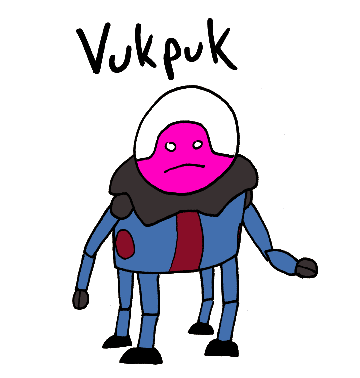 The Skwivs are a large snail-like species who have abandoned the shells they evolved with in favor of robotic shells with arms and legs and stuff. They call their planet “Skwivda” and the world is make up of numerous city-states, most ruled by monarchs who have inherited the role from progenitors. There is a near-constant state of war on the planet, with the city-states sending battle parties to raid each other as a matter of course. In addition to stealing wealth from each other, the taking of slaves remains a common practice. 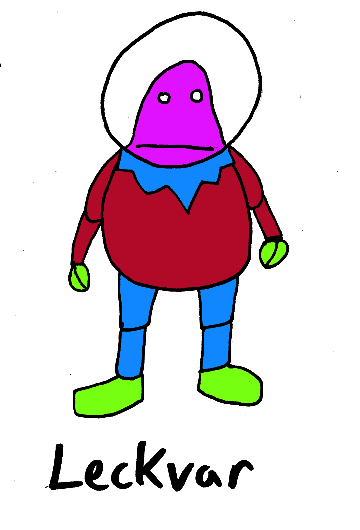 Vukpuk is a warrior for one of the world’s richest armies. At the start of the warm season, the army leaves their city state and begins wandering the lands raiding whatever cities they happen to come across until they return home in time for the cold seasons with all their new wealth. Every third year of such service, the warriors get the option to stay home as guards, but Vukpuk has never taken that option, preferring the life of a wandering pillager.

Leckvar is a shell builder, designing robotic bodies for use in special circumstances. That includes bodies designed for mining or deep sea travel and so on. While that is rewarding work, Leckvar’s real passion is creating “soul shells”, which is what Leckvar calls shells intended for the ghosts of the dead to wear to return to the world of the living. There has not yet been any sign that soul shells will work, but that does not stop Leckvar. 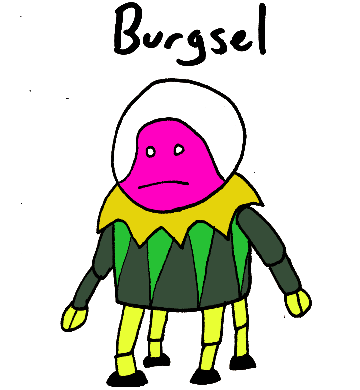 Burgsel is a slave who is forced to work as a medic/shell repairer for a wandering army. Though Burgsel hates having to care for slavers, the other option is death, so Burgsel does the job as well as can be expected, all the while fantasizing of finding a way to take down the whole army all at once.

A Fact About Skwivs: All Skwivs have an inborn sense of proximity to others of their kind. A Skwiv can tell innately if another Skwiv is nearby, or if a crowd is in the distance in a particular direction.